The European Union and Balkan leaders have agreed to a plan that foresees large reception centers in a bid to manage migrant flows. The centers would be established along the route from Greece to Germany.

Speaking at a joint news conference, European Commission President Jean-Claude Juncker said the eight EU countries on the migrants’ route into Europe, together with Serbia, Macedonia and Albania, had agreed to “increase capacity to take in migrants to 100,000 places in Greece and the Balkans.”

“The only way to restore order to this situation is to slow down the uncontrolled flow of these people,” Juncker said.

Half of the places in reception centers will be in Greece, with the other 50,000 on the route through the Balkans – in countries such as Macedonia and Serbia.

The plan also aims to put a stop to countries facilitating the movement of migrants to other countries’ borders. “We have made very clear that the policy of simply waving people through must be stopped,” Juncker said.

Other key points of the agreement include stepping up the activities of the EU’s border agency Frontex, and expanded information gathering and sharing on migrants entering the EU, as well as on their movement once in the bloc.

Juncker, speaking after the Brussels meeting early on Monday, further noted that four hundred police officers would be deployed to Slovenia within a week. They are to help the Alpine country cope with the overwhelming number of people arriving at its border.

Interior Ministry spokesman Mitric said, “No country could deal normally with such a large wave that Slovenia has faced today.” She added, “We are doing the best we can,” but, “Slovenia does not have an unlimited capacity of space, human resources, equipment or logistics.”

Migrant arrivals to Slovenia escalated 10 days ago, after Hungary closed its border to Croatia.

At the meeting of European Union and Balkan leaders in Brussels on Sunday, Slovenia’s Prime Minister Miro Cerar warned that the EU would “start falling apart” without concrete action on dealing with the migrant situation.

In the week to Saturday, there were 58,000 arrivals in Slovenia, with many people waiting in wet and cold conditions. “We will not be able to endure this for weeks if we do not get help,” Cerar said.

All of the countries bordering the refugee route through the Balkans were signatories to the Geneva Convention on refugees, she noted.

Merkel, who had pushed for the Brussels meeting to be called, said: “Europe must show it is a continent of values, a continent of solidarity … This is a building block, but we need to take many further steps.”

The German leader said that further discussions with Turkey were of paramount importance.

“Cooperation with Turkey is the only way to succeed in making illegality legal and to share the burden better between Turkey and Europe,” Merkel added.

Turkey was not present at the Brussels meeting on Sunday. 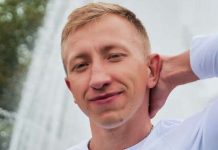 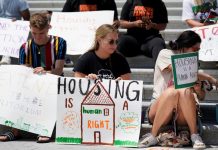 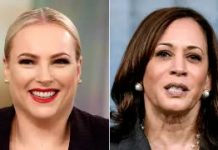