Russia will extend an 81 billion-ruble ($1.3 billion) lifeline to UralSib Bank and allow entrepreneur Vladimir Kogan, a longtime ally of President Vladimir Putin, to take control of the country’s26th-biggest lender.

The central bank’s board of directors approved the plan to avert bankruptcy, which will see Kogan, who used to own a lender in Putin’s hometown of St. Petersburg, acquire a majority stake in UralSib, according to a statement on Wednesday. The Deposit Insurance Agency will join the rescue by providing a six-year loan of 14 billion rubles and a 67 billion-ruble facility for 10 years to ensure that UralSib has sufficient funds to continue operations and comply with mandatory rules.

The rescue marks one of Russia’s biggest bailouts since the collapse of oil prices and the standoff over Ukraine pushed the country into its first recession since 2009. It’s also the first time that an individual investor was picked to lead an effort to prevent a lender bankruptcy, central bank Deputy Governor Mikhail Sukhov told Interfax. Under Governor Elvira Nabiullina, the central bank has escalated its battle with banks deemed mismanaged or under-capitalized as part of a campaign to clamp down on dubious transactions and improve lending practices.

“We plan to carry out a series of changes aimed at strengthening the capital base and increase lending,” Kogan said in a statement e-mailed by UralSib. The bank said Kogan agreed to acquire an 82 percent stake while leaving Nikolai Tsvetkov, previously UralSib’s main shareholder, with a minority holding.

The regulator intensified its sweep of the financial industry as assets deteriorated amid a deepening economic crisis and banks ran short on capital to cover losses. Lenders’ profits have also been squeezed by high interest rates after six increases by the Bank of Russia in 2014, including an emergency move in December.

The number of operating lenders in Russia dropped to 714 at the end of September from more than 900 in 2012, central bank datashow.

Kogan is rated the country’s 95th richest person by Forbes Russian edition, with a fortune estimated at $950 million. He has known Putin since at least the 1990s, when both resided in St. Petersburg. He sold his stake in Promstroybank to state-run VTB Group in 2004 and 2005. Kogan, who also served in the government as deputy minister for regional development, now owns NefteGazIndustriya, an energy company that counts a refinery in southern Russia as its main asset.

Fitch Ratings last month downgraded UralSib Bank one step to B- and placed it on watch negative, saying the move was “driven by a further weakening of the bank’s capital position, asset quality and profitability metrics.” Loans overdue by more than 90 days grew to 15 percent of the total in the first half, according to Fitch. Without new capital contributions, the bank faced the risk of breaching the 6 percent Tier I capital ratio, it said.

The real value of UralSib’s assets, estimated at more than 250 billion rubles, was overstated by “tens of billions of rubles,” the central bank’s Sukhov told Interfax. UralSib said in the statement that its assets totaled 328.8 billion rubles as of Oct. 1.

While there was no evidence of fraudulent actions by the bank’s owner or management, its business model was unprofitable as a result of high internal costs, he said.

Several other contenders sought to lead the rescue, Sukhov told Interfax. Kogan was chosen after proposing the smallest bailout cost, with UralSib receiving the 10-year loan at an annual rate of 0.5 percent and paying 6 percent for the six-year facility, according to Sukhov. The financial package is less than the cost of a potential insurance payout, which is estimated at 100 billion rubles, he said.

Kogan’s offer “was recognized as the best” during the selection of investors, the state-run deposit insurer said. 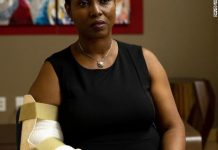 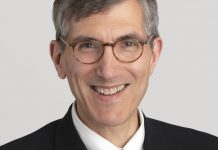 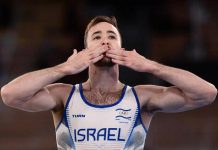 What Olympic golden boy Dolgopyat can teach us