Antoine Griezmann’s stunning strike helped Atletico Madrid move joint top of the Primera Division after a 2-1 win over Athletic Bilbao on a day when their city rivals Real slumped to defeat at Villarreal.

Aymeric Laporte had given Bilbao the lead on the half-hour mark but Saul Niguez headed Atletico level before half-time.

France international Griezmann then completed the comeback midway through the second half with a curling left-footed shot from 25 yards.

Diego Simeone’s side join Barcelona at the top of the table on 35 points with Real Madrid a further five points back in third after their 1-0 loss against Villarreal at El Madrigal.

Roberto Soldado netted after just eight minutes and, despite wave after wave of second-half attacks from the visitors, the Yellow Submarine held on for victory to increase the pressure on Real boss Rafael Benitez.

Gary Neville picked up his first point as Valencia boss but his 10-man side left it late in the 1-1 draw away to Eibar.

Sergi Enrich had given Eibar the lead on the stroke of half-time before visiting defender Lucas Orban saw red for a challenge with Dani Garcia in the 63rd minute that also resulted in the home side winning a penalty.

However, Saul Berjon saw his spot-kick superbly saved by Valencia goalkeeper Juanme Domenech and then Eibar defender David Junca turned the ball into his own net four minutes from time to get Neville off the mark in his first league game in charge.

Elsewhere, Malaga ended their away-day hoodoo in style with a 2-1 win over fellow strugglers Rayo Vallecano.

Los Boquerones had failed to score in seven previous away league matches this season and it looked set to be another miserable afternoon when former Malaga striker Javi Guerra put the hosts ahead after just seven minutes.

But Charles came off the bench to end their goal drought in the 59th minute and Duje Cop secured victory three minutes from time.

The visitors were 2-0 down with just 13 minutes left at the Nou Camp before winger Lucas Perez pulled a goal back.

Midfielder Alex Bergantinos then shocked the La Liga leaders when he curled into the bottom corner with four minutes left to snatch a point on Saturday.

Lionel Messi and Ivan Rakitic had given Barcelona, missing the injured Neymar, a 2-0 lead with less than half an hour remaining when Messi netted a first-half free kick before Rakitic slotted in on 62 minutes.

But Deportivo’s fightback – which extended their unbeaten run to seven games – denied Barca the chance to go five points clear at the top and Atletico Madrid could move level on points if they beat Athletic Bilbao on Sunday.

The forward struck three minutes before the break as the hosts survived the sending off of Pablo Hernandez just after the break.

Granada gave their survival hopes a boost as Adalberto Penaranda’s double gave them a late 2-1 win over Levante.

Junior Simao’s header had hauled Levante level but they slipped to the bottom as Granada jumped to 16th, a point above the relegation zone.

A late Kevin Gameiro double gave Sevilla a 2-0 win over Sporting Gijon as they closed the gap on the top six to a point.

Gameiro struck a 75th-minute penalty after Luis Hernandez was sent off for a second bookable offence and sealed victory with a header five minutes later.

In the late kick-off a last-minute winner from Willian Jose lifted Las Palmas off the bottom of the table as they beat Real Betis 1-0.

Getafe looked set to continue their impressive home form when Pablo Sarabia struck at the start of the second half, but Agirretxe’s leveller ensured the spoils were shared as Sociedad made it seven points in four games since Eusebio Sacristan replaced David Moyes as coach.

The home side were furious Agirretxe’s goal was allowed to stand, with Sociedad defender Diego Reyes clearly standing in an offside position in front of goal, but they can have few complaints about the end result with Vicente Guaita much the busier of the two goalkeepers. 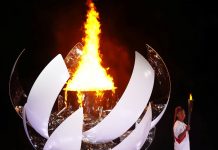