Beijing – China said Thursday it had summoned a senior US envoy in protest at Washington’s announcement that it would sell two warships to Taiwan as part of a US$1.8 (S$2.55 billion) billion arms deal.

A vice-foreign minister made “solemn representations” with the US charge d’affaires regarding the sale, according to a statement on the foreign ministry’s web site.

The massive contract comes at a time of reconciliation between China and Taiwan – separated since 1949 – but also as Washington worries that Beijing is militarising part of the South China Sea.

“China staunchly opposes America’s sale of arms to Taiwan,” China’s foreign ministry said, adding the country would impose sanctions against any companies involved in the sale.

“China urges the US… to cancel plans to sell arms to Taiwan and stop US-Taiwan military contacts to avoid causing further damage to Sino-US relations and bilateral cooperation in important areas”, it said. 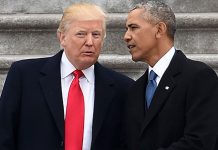