TURKEY- Mohammed, 22, has lived in Turkey for four years since fleeing Syria, just months after the civil war erupted that has torn his homeland apart.

But unlike hundreds of thousands of others who this year crossed the Aegean Sea in search of better lives in Europe, he has no plans to leave.

“I have no dreams of going to Europe,” Mohammed, from the Syrian coastal region of Latakia, told AFP in the Osmaniye refugee camp in southern Turkey.

“I will continue my education with God’s permission and start a life here before returning to Syria once the war is over,” added Mohammed, whose own relatives left and went to Belgium.

Mohammed attended Turkish language classes and was found eligible in 2013 to attend university in the southeastern city of Mardin. He says he now wants to graduate and build a new life in Turkey.

The European Union wants to see more cases like Mohammed – people who find the right conditions to live in Turkey rather than travelling to Europe, and want to return to Syria when the time is right.

Grappling with the influx of migrants, Brussels struck a deal in November with Ankara for Turkey to help stem the flow of migrants in return for three billion euros ($3.2 billion) in aid for Syrian refugees.

On Thursday, German Chancellor Angela Merkel will lead a meeting on the migrant crisis, Europe’s worst since World War II, of eight European states and Turkey.

Turkey is home to at least 2.2 million Syrian refugees after President Recep Tayyip Erdogan declared an open door policy at the onset of the war.

But it has long complained of being given next to no financial help to look after them, despite spending some $8 billion itself.

EU ambassador to Turkey, Hansjorg Haber, who AFP accompanied on a visit to the Osmaniye camp, said there would be a new focus with the injection of fresh funds under the Ankara-Brussels deal. 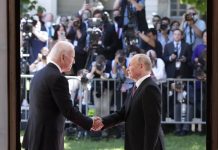 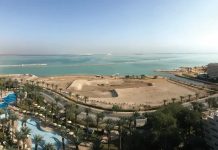 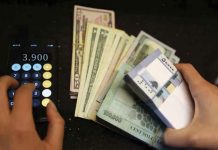