Valeant Pharmaceuticals International Inc (VRX.TO) Chief Executive J. Michael Pearson has been moved to another hospital where he is being treated for a severe case of pneumonia, a company spokeswoman told Bloomberg on Sunday.

Elaine Andrecovich, a public relations manager at Morristown Medical Center, where Pearson initially was admitted for treatment on Friday, confirmed that Pearson is not at the hospital but declined to provide more details.

Laurie Little, a Valeant spokeswoman, told Bloomberg that Pearson is still in a hospital but declined to say where. Little did not immediately respond to a Reuters email requesting comment on Pearson’s condition.

Pearson, 56, joined Valeant as CEO in September 2010 after a 23-year career at McKinsey & Company and became chairman of the board in 2010.

Pearson’s illness comes as investors are turning up pressure on the Canadian drugmaker to provide a more detailed plan on how it will grow profits in 2016. Under Pearson’s leadership, the company has come under U.S. government scrutiny for acquiring off-patent drugs and drastically hiking the prices. 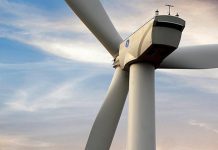