Nicotine patches and nicotine replacement therapy make little difference in the effort to stop smoking, according to research published in JAMA.

According to the Centers for Disease Control and Prevention (CDC), nearly 17% of all adults in the US aged 18 years and above, or around 40 million people, were cigarette smokers in 2014. Although down from nearly 21% in 2005, the figure is still too high.

Cigarette smoking remains the leading cause of preventable disease and death in the US, causing 20% of all deaths and killing over 480,000 people annually. Over 16 million Americans live with a smoking-related disease, and not all of them are smokers: many are children put at risk by other people’s habits.

As Kathleen Sebelius points out in a 2014 Surgeon General’s report, “Smoking has killed 10 times the number of Americans who died in all of our nation’s wars combined.” The report notes that in 50 years, 20,830,000 Americans died from smoking-related causes.

Recent research has suggested that varenicline is safe, but the US Food and Drug Administration (FDA) have warned that it could cause serious neuropsychiatric or cardiovascular problems. For this reason, it is only available on prescription, and treatment must be accompanied by careful screening and monitoring.

Testing the effects of varenicline and nicotine treatments

Timothy B. Baker, PhD, of the University of Wisconsin School of Medicine and Public Health in Madison, and colleagues looked at the effectiveness of these therapies to see if they are really worthwhile.

The researchers randomly assigned over 1,000 participants to one of three 12-week smoking cessation groups:

Participants were assessed at 26 weeks and 52 weeks.

The treatments did not differ significantly at either point. The rate of abstinence at 26 weeks was 23% with the nicotine patch, 24% with varenicline and 27% with C-NRT. At 52 weeks, 21% of nicotine patch users, 19% of varenicline users and 20% of those using C-NRT were abstinent.

In the early stages, varenicline and C-NRT led to fewer withdrawal and craving symptoms, and those using C-NRT reported greater abstinence. However, long-term abstinence rates were no higher.

Adverse effects were minimal overall but more common with varenicline than with nicotine patches. These included sleep disturbances such as sleepiness, insomnia and vivid dreams; nausea, indigestion and constipation were also reported.

“To our knowledge, this open-label study is the first to directly contrast varenicline and C-NRT pharmacotherapies, both with one another and with the nicotine patch. Results showed no significant differences among these three pharmacotherapies in any of the 26- or 52-week abstinence measures.”

They conclude that the findings raise questions about how effective pharmaceutical smoking therapies really are. 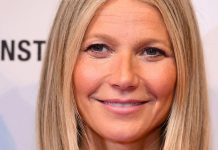