A philosophy professor says he will stand trial next week on charges of insulting President Recep Tayyip Erdogan for suggesting in an article that the Turkish leader should go on trial over a range of claims, including alleged corruption and the violation of the constitution.
Orsan Oymen said Wednesday he faces up to four years in prison for the article published in the opposition Aydinlik newspaper in April. The trial is set for Feb. 4.
Hundreds of people — including celebrities, journalists and high-school students — are being prosecuted under a previously seldom-used law that bars insults to the president. Free speech advocates say Erdogan is aggressively using the law to muffle dissent.
Oymen denies insulting Erdogan saying the president is “unable to distinguish strong criticism from an insult.” 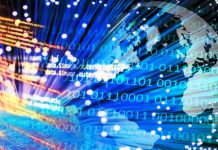