Another member of the gang of ISIS executioners known by their captives as “The Beatles” reportedly has been identified.

Alexanda Kotey, a 32-year-old convert to Islam who grew up in London, helped the notorious “Jihadi John” and two other militants behead up to 27 hostages, including several Americans, according to Britain’s Daily Telegraph newspaper. Kotey’s current whereabouts are unknown and it is not clear that he is alive.

Former ISIS captives have described their British guards as being especially brutal to them, using methods of torture such as beatings and electric shocks. Hostages were also repeatedly subjected to mock executions.

Kotey’s identity was first reported by The Washington Post and Buzzfeed News, who cited a U.S. official and others. The Daily Telegraph confirmed Kotey’s identity and actions as a member of the terror group in Syria with British officials.

It is not completely clear which of the guards known as “Paul”, “George” and “Ringo” Kotey was. However, the Post reported that “Ringo” had once posted online that he was “British as they come … born and raised in Shepherd’s Bush, was a big QPR fan, love a good old fry up in the mornings.” Those biographical details match Kotey’s own background. (Shepherd’s Bush is a neighborhood in London; QPR refers to the professional soccer team Queen’s Park Rangers.)

Kotey, of Ghanaian and Greek Cypriot extraction, is believed to have converted to Islam in his teens or early 20s after falling in love with a Muslim woman. The couple had two children before separating, according to The Post.

Britain’s ITV News reported that Kotey has been linked to the “London Boys”, a group of radical Islamists who met while playing pickup soccer in the British capital. The channel reported that at least five members of Kotey’s circle of associates left Britain to join ISIS, and at least four have been killed.

It is not clear when Kotey traveled to Syria or when he first met “Jihadi John”, who was identified last year as Mohammed Emwazi, another Londoner, before being killed in U.S. drone strike this past November. However, the two attended the same mosque in the Notting Hill section of London, according to the Post.

Kotey is also known to have been a part of an aid convoy to Gaza organized in 2009 by the controversial British politician George Galloway. Nine volunteers on the convoy were arrested on suspected terrorism offenses the day before its scheduled departure. They were later released without charge.

ITV News also reported that they have identified a third member of “The Beatles” as Aine Lesley Davis, also from London. Davis was arrested by Turkish police last November, hours before a series of coordinated ISIS attacks killed 130 people.

Davis is also believed to have attended the same mosque as Emwazi and Kotey. However, ITV reported that all three men were marginalized sometime in 2011 for extremist views.

In a statement released Sunday, Kotey’s relatives said they were “deeply distressed about recent media reports involving Alexe. They have not seen Alexe for a number of years.” 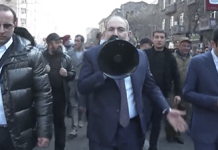