Turkish President Recep Tayyip Erdogan has lashed out at the US over its support for Syria’s main Kurdish group.

The failure to recognise the Democratic Union Party (PYD) as a terrorist group was creating a “sea of blood”, he said.

Turkey says the PYD, on which the US relies to battle so-called Islamic State in Syria, is an offshoot of the banned Kurdistan Workers’ Party (PKK).

The refugees have fled an offensive by Syrian government forces and Iranian-backed militias, supported by Russian air strikes, on rebel-held areas around the divided northern city of Aleppo.

More than 500 people, including dozens of civilians, have been killed since the assault began 10 days ago, according to the Syrian Observatory for Human Rights, a UK-based monitoring group.

Medecins Sans Frontieres meanwhile warned that the fighting was placing extreme pressure on the already devastated healthcare system in the border town of Azaz.

MSF’s head of mission for Syria, Muskilda Zancada, warned that displaced people, including young children and the elderly, could be stuck living in the open in freezing conditions, with severe effects on their health.

Turkey has already taken in more than 2.5 million Syrian refugees over the past five years and says it will continue to do so in a “controlled fashion”.

In some of some of his fiercest remarks so far against the US, Turkey’s president asked in a speech in Ankara on Wednesday: “Are you on our side or the side of the terrorist PYD and PKK organisation?”

Mr Erdogan said the failure to do so meant the region had “turned into a pool of blood”.

While Turkey sees the PYD and YPG as offshoots of the banned PKK, the US does not and believes they are the only effective force against IS on the ground in Syria, reports the BBC’s Mark Lowen in Istanbul.

But Ankara worries they will fan Kurdish separatism in Turkey and that arms given to the Syrian Kurds will seep over the border to the PKK, with which armed conflict has resumed, our correspondent says.

Mr Erdogan regularly hits out at the West over Syria, accusing it of complicity by not intervening to topple President Bashar al-Assad and calling “baseless” the criticism that jihadists have been allowed to cross Turkey’s border, our correspondent adds.

France’s outgoing Foreign Minister, Laurent Fabius, also questioned the commitment of the US to resolve the crisis in Syria on Wednesday, saying its “ambiguous” policy was contributing to the problem.

Mr Fabius said he did not expect President Barack Obama to change his strategy before leaving office, regardless of what Secretary of State John Kerry told Mr Assad’s main backers.

“I’m not sure that the end of Mr Obama’s mandate will push him to act as much as his minister declares [publicly],” he added. “There are words, but actions are different and obviously the Iranians and Russians feel that.” 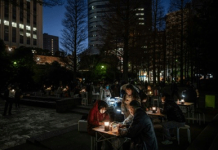