The Russian Orthodox Patriarch has started his journey to Latin America for an historic meeting with the Pontiff to discuss the persecution of Christians in conflict zones, in particular in the Middle East.

The unprecedented meeting, which will take place at the Havana airport, is expected to as long as is necessary to agree on a joint declaration.

“The intersection of the routes allowed this meeting to be organized,” Metropolitan Hilarion, the head of the Russian Orthodox Church’s Foreign Relations Department, said ahead of the trip.

It took Moscow and the Vatican some 20 years to agree on a neutral country suitable for such a meeting. Austria and Hungary were among those considered, but Cuba was eventually chosen.

The meeting between the heads of the two major Christian churches will be an unprecedented move to mend a millennium-long rift between the Western and Eastern branches of the church since the Great Schism of 1054. 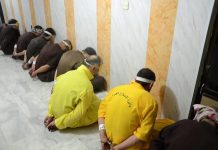