A tariff dispute between China and the US could drive a wedge between the nations, triggering a high-stakes trade war.

The Norwegian company REC Silicon, one of the world’s largest polysilicon producers, stated on Monday that it was temporarily closing its operations in Moses Lake, Washington due to the ongoing conflict between the US and China over solar panels. For the state, which is largely dependent on trade exports to Beijing, the announcement has come as an unwelcome surprise.

Eric Schinfeld, president of the Washington Council on International Trade, said that the company’s decision was a perfect example “of why we can’t afford to get into a back-and-forth trade battle” with China.

“Our two economies are inextricably linked,” he said Tuesday.

Divisions over trade issues with China would cost Washington dearly, as according to some estimates almost 40 percent of the state’s employees are working in jobs related to global commerce.

China is the State of Washington’s top export partner, as almost 23 percent of its $20.7 billion in exports were sent to China in 2014, the International Trade Administration said.

Washington Governor Jay Inslee has urged the two parties to settle the dispute. He has stated that REC Silicon “is now unfairly caught in an international trade dispute that threatens its survival,” and underscored that this was “a disappointing development.” During his latest meeting with Chinese President Xi Jinping in Seattle last September, Inslee raised the question once again.

In 2012, the US slapped new tariffs on China, which it accused of dumping solar panels below cost on the US market. A year later, China retaliated by imposing tariffs on American polysilicon. Now Chinese producers who want to buy from REC Silicon must pay a 57 percent import duty, which makes the Norwegian firm’s US-made products prohibitively expensive.

Democratic Senators Patty Murray and Maria Cantwell said on Monday that they had also met with top Chinese trade officials in an attempt to put an end to the dispute.

“This is too important for workers and our local economy to wait any longer,” Murray said.

The US trade deficit with China plays into the hands of Donald Trump, who has regularly cited the trade imbalance issue as the key reason for American’s misfortunes during his presidential campaign.

It’s feared that ordinary factory workers will be hurt the most if the US government doesn’t take measures.

“Until the president and Congress get serious about balancing our record trade deficits with China — and insist that Beijing honors all of its trade obligations — American factory workers will continue to struggle,” said Scott Paul, president of the Alliance for American Manufacturing, an NGO that was founded in 2007 by several major US manufacturers and the country’s largest industrial labor union.

America’s experience in trading with China has been nothing but “a miserable failure,” according to Kevin Kearns, president of the US Business and Industry Council, as China had shown little interest in playing by global trade rules.

“Trump is right that tariffs are necessary,” Kearns said. “We’ve had 15 years of chitchat diplomacy.” 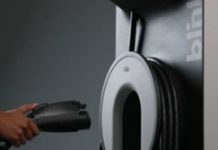 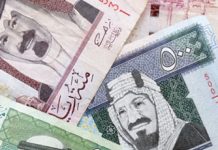 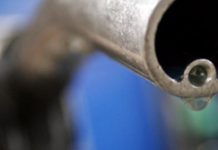 US Gasoline Prices To Rise On Stronger Economy, Higher Demand