German Foreign Minister Frank-Walter Steinmeier welcomed the Moscow-Washington plan on the cessation of hostilities in Syria as “a big step forward”.

The Russia-US agreement on cessation of hostilities between the Syrian government and the opposition is a very well-prepared document and a big step toward the Syrian settlement, German Foreign Minister Frank-Walter Steinmeier said Tuesday.

“The situation remains difficult. We need to find a way to settle it. And now we have the Russia-US agreement on how to end hostilities between the [Syrian] regime’s forces and the opposition. This is a very well-prepared document, and if all the sides implement and support it, there will be preconditions for reaching ceasefire next weekend… The big step forward has been made and I am very happy,” Steinmeier said during a press conference in Kiev.

According to the foreign minister, reaching a ceasefire also depended on the reaction of Syria’s neighboring states and regional powers to the agreement. 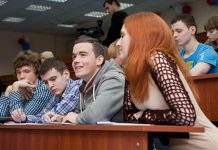 Armenia to receive $500,000 grant from Global Partnership for Education to conduct large-scale research