Moody’s Investors Services has become the third major rating agency to downgrade Brazil’s debt to junk, cutting its rating by two notches to Ba2, as the former emerging market star sinks deeper into the worst recession in decades.
Moody’s said the outlook for Brazil’s issuer and bond ratings was negative due to the prospect of further deterioration in debt metrics amid a deep economic slowdown, as well as the risk of further external shocks.
Rivals Standard & Poor’s and Fitch stripped Brazil of its coveted investment grade rating last year. S&P cut Brazil’s rating further into junk territory last week and Fitch is expected to do the same soon.
The latest downgrade is a blow to President Dilma Rousseff, who is under pressure from allies to relax an austerity drive and stimulate economic growth as she seeks to survive impeachment proceedings.
The government said the Moody’s decision did not alter its commitment to reducing a fiscal deficit that topped 10 percent of gross domestic product (GDP) last year.
Moody’s said Brazil’s progress in fiscal consolidation will be slow and growth anemic for the next two to three years. It warned that Brazil’s government debt was likely to top 80 percent of GDP within three years.
A turbulent political environment amid ongoing efforts to impeach Rousseff would complicate attempts to slash the deficit and implement structural reforms, the agency said.
“A negative outcome would likely be associated with a collective failure on the part of the government and Congress to set out a credible stabilization and reform agenda over the next year, leading to further loss in investor confidence, erosion of external buffers, and a high level of political uncertainty,” Moody’s said.
The downgrade could also exert further downward pressure on the real currency and prompt investors to exit an economy that only four years ago was growing above 4 percent. The Bovespa stock index shed 1.7 percent in early trade on Wednesday, amid weakening international markets.
Investors said while a Moody`s downgrade had been widely expected, the size of the two-notch move came as a surprise. It followed a second cut by Standard and Poor’s that moved Brazil deeper into junk ratings, with a negative outlook.
“We are moving ever further away from investment grade and that will mean Brazilian assets are going to stay a lot longer as junk, delaying even further an economic recovery,” said Pablo Stipanicic Spyer, head of operations at Mirae Asset Wealth Management in Brazil.
Brazil is struggling with what is expected to be its worst recession since at least 1901, following a mix of fiscal largess and interventionist policies during Rousseff’s first term in office, which zapped investors’ confidence.
Rousseff, a left-leaning economist, is considering measures to bolster the economy without abandoning austerity efforts that include tax increases and spending cuts, aides said.
Many analysts, however, doubt she can stoke activity without incurring fiscal costs that threaten to widen the deficit.
The Brazilian economy likely contracted nearly 4 percent last year and is expected to drop again more than 3 percent this year, the worst back-to-back annual plunges on record.
Even with the economy shrinking, inflation has surged past 10 percent in 2015, its highest in more than a decade.
Impeachment proceedings against Rousseff for allegedly violating the country’s budget laws will likely delay the approval of austerity measures and other reforms to shore up the country’s finances. 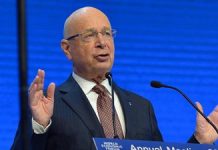 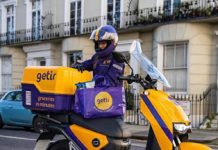 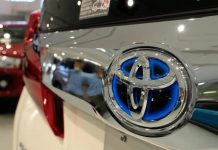