European officials declared Thursday that Europe’s cherished free-travel zone will be suspended unless Turkey blocks refugees heading north through Greece. The declaration comes hours after Greece recalled its ambassador to Austria in a show of frustration. European countries continue to struggle with an influx of refugees, creating logistical challenges and threatening the continued viability of civil society programs.

The EU has given the Middle Eastern country ten days to show “tangible and clear results on the ground.”

The scale of the crisis is enormous, as there are over 6 million refugees currently, with another 8 million internally-displaced Syrians likely to seek refuge in the coming months, especially as the weather improves for travel. Turkey, a country of some 74 million, currently provides refuge to more than 2.6 million displaced Syrian migrants.

European countries have collectively provided sanctuary to roughly 1.1 million Syrian refugees. Greece, from a social and economic perspective the European country least equipped to take in migrants, has taken on a disproportionate share. Athens, continuing to struggle from years of economic crisis and EU-mandated austerity measures, has threatened to block all EU decisions if other European countries fail to shoulder more of the burden.

The country’s migration minister, Yannis Mouzalas, stated that, “Many discuss how to handle a humanitarian crisis in Greece which they themselves are trying to create,” and added, “Greece will not accept unilateral moves because unilateral moves can also be made by Greece if necessary.”

For its part, Austria increased Greek frustration by blaming the Athens government for the influx of refugees, despite Greece facing the greatest economic burden in the eurozone. Austrian Interior Minister Johanna Mikl-Leitner said, “if Greece insists that it cannot protect the Greek border, one has to ask themselves whether the Schengen border should be there,” in a thinly-veiled threat to Greece’s continued membership and full privileges within the political-economic union.

The hyperbole toward Greece follows years of economic strife created by previous Greek governments with access to eager EU lenders and exacerbated by EU-imposed austerity provisions, all against the will of the Greek electorate. Several other European countries, including Belgium, France, Germany, Norway, Sweden and Denmark have imposed emergency border checks which have left a greater proportion of migrants stuck in Greece. But the worst offender has been Austria, the last stop for most migrants before Germany, which set daily caps on the number of people it would process at its border.

“The 6th of March is when you can expect the spring influx (of refugees) to rise. We have until that time to find solutions,” said Klass Dijkhoff, migration minister for the Netherlands. 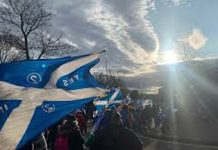 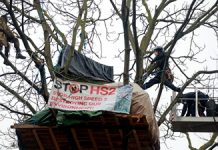 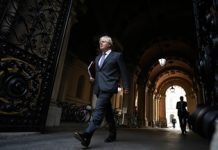