Asian stocks retreated on Monday after a weekend meeting of G20 policymakers ended with no new coordinated action to spur global growth and as solid U.S. data revived expectation of the Federal Reserve further raising rates before year-end.

MSCI’s broadest index of Asia-Pacific shares outside Japan .MIAPJ0000PUS dipped 0.6 percent and appeared likely to post its second consecutive month of losses, with a 1.2 percent drop so far this month.

European shares are expected to follow Asia’s lead, with spread betters looking to a fall of up to 0.5 percent each in Germany’s DAX .GDAXI and France’s CAC .FCHI.

Disappointing earnings results released over the weekend, the lack of concrete measures from the group of 20 economies and political implications from the latest cyberspace crackdown by Beijing were all cited as a culprit.

G20 finance ministers and central bankers agreed to use “all policy tools – monetary, fiscal and structural – individually and collectively” to reach the group’s economic goals, citing a series of risks to world growth.

While some market players say the statement could mildly underpin market sentiment, the lack of any concrete action – especially on fiscal stimulus as some had speculated – was seen as a disappointment.

A pledge in the statement to “consult closely” on foreign exchange markets was also seen by some market players as hindering a few countries from adopting flexible policy actions.

“The G20 communique basically says 1) the world is not as bad a place as markets think; and 2) if it gets worse we will use fiscal, monetary and structural policy aggressively to fix it,” Steven Englander, global head of G10 FX Strategy at CitiFX, said in a note to clients.

“In baseball parlance, they were aiming for a single in terms of restoring confidence and they probably achieved it,” he added.

Consumer spending rose solidly in January and underlying inflation picked up by the most in four years. Gross domestic product growth in the fourth quarter was revised higher, to a 1.0 percent annual rate

“The U.S. economy doesn’t look too bad after all. So some people seem to start thinking that the Fed’s rate hike could be back on the agenda,” said Bart Wakabayashi, head of forex at State Street.

The figures prompted Federal funds rate futures <0#FF:> to price well over a 50 percent chance of one rate hike by the end of year, compared to almost zero percent chance in mid-February.

The greenback’s yield allure helped lift the dollar’s index against a basket of six major currencies .DXY =USD to a three-week high of 98.26 on Friday. It last stood at 97.93.

The yen JPY=, however, rose more than one percent to trade at 112.80 yen to the dollar, rebounding quickly from one-week low of 114 to the dollar touched on Friday.

With gains of 7.6 percent in February, the yen looks set to make its biggest gain since October 2008.

In contrast, fears of “Brexit” offered traders a good excuse to sell the British pound, which fell to a seven-year low of $1.3841 GBP=D4.

Although the British government managed to get G20 to agree to include a warning against “Brexit” in the statement, that appeared to have limited impact. The British currency is down 2.7 percent on month.

Equally under pressure was the South Korean won KRW=KFTC, which fell to 5-1/2-year lows, shedding 3.1 percent this month, on worries about growth prospects in China and tensions with North Korea.

The won’s slide came despite suspected dollar-selling intervention by Seoul.

While the measure is unlikely to solve the persistent supply glut in the market, it was seen as a first step for further cooperation in the future.

International benchmark Brent futures LCOc1 climbed 0.6 percent from their last close to $35.30 per barrel, on course to make their first monthly gains in four months. 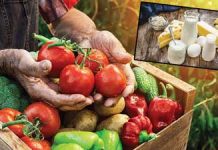 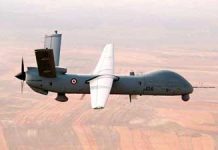 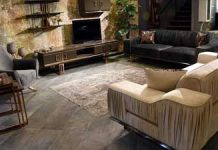