Maria Lally
They say the average person makes 35,000 decisions a day. Some are quick and thoughtless, like whether to have tea or coffee; others concern the big stuff, like what school you should send your child to, or whether to apply for that job.

Yet in her new book, How Women Decide, Therese Huston explores the theory that women’s decisions are respected less than men’s – and why this could be holding women back.

“There’s a huge double standard when it comes to how men and women are perceived as decision-makers,” explains Huston, a cognitive psychologist from Seattle University.

Huston decided to write the book after looking at her bookshelf: “At one end, there were these best-selling books about how to be a brilliant decision-maker – all written by men and featuring interviews with men such as stockbrokers and athletes. At the other end were books aimed at women, on gaining leadership skills and confidence. I thought, ‘Once those women are at the table, will their decisions be taken as seriously as men’s?’ ”

She believes not. “Men are respected as decision-makers more than women, especially in the workplace, largely because there’s this cultural belief that women are incapable of making smart choices at work. You see slightly mocking studies about women taking too long deciding what to wear each day – but where are the similar ones looking into how long men take to choose a new car?

“These stereotypes back the belief that if you want a decision to be made quickly and effectively, you should ask a man. They may also be causing women to question their ability to make the big decisions.”

So Huston set out to pick apart the stereotypes to see what scientific research had found. “Firstly, I found that the trait of decisiveness is very valued. Studies show that it is the top-ranking quality we look for in a leader. Studies also show that society sees men as being more decisive. However, scientific research shows that men and women struggle with decision-making equally. The only difference I found was during the teenage years – teenage girls are more indecisive than teenage boys. Otherwise, there’s little difference between the genders.”

However, there are some differences. “Women are more collaborative,” says Huston. “A female boss is more likely to ask the opinions of those around her when making a choice. Women ask for input, which has been shown to help you make better decisions. Ironically, however, this is often seen as a weakness rather than a strength.’

She also found that during times of stress, men and women make different choices – and the outcomes are often better when women are involved (a recent Fortune magazine article on the financial crash of 2007 was entitled “How more women on Wall Street could have prevented the financial crisis“). Or as Huston puts it, “Neuroscientists know about the differences between the way men and women make decisions, but investments bankers probably don’t.” Study after study backs this view up.

Cognitive neuroscientists Mara Mather, from the University of Southern California, and Nichole R. Lighthall, from Duke University, North Carolina, recently studied the way men and women make decisions and found that in times of stress, they react very differently. During their study, which involved playing a virtual gambling game, they found that when the women became stressed, they made smart decisions – quitting while they were ahead or taking safe bets – but when the men became stressed, they did the opposite, risking everything for a slim chance of winning big.

Another study, by neurobiologist Ruud van den Bos from Radboud University in the Netherlands, also found a greater tendency in men to make risky decisions when stressed. At the same time, it found that women make better decisions when under pressure and the closer a woman gets to a deadline or stressful event, the sharper her decision-making skills become. Yet van den Bos found that the women in the study were more critical of their decision-making ability than the men.

Huston says women are often brought into big companies when things are falling apart – yet if they were included when key decisions were initially being made, it might have prevented the problems arising.

So, are women’s decisions treated differently to men’s? In her book, Huston cites an example: in 2013, Yahoo’s newly appointed chief executive Marissa Mayer announced that the company would be ending its policy of allowing employees to work from home full time, a decision that was criticised by everybody from newspaper columnists to Virgin Group founder Richard Branson. But just a week later, when another well-known US chief executive, Hubert Joly of electronics company Best Buy, announced the same thing, nothing was said.

Huston gives another example from early in her career, when she was living and working five hours away from her fiancé. Both were advancing in their jobs but they decided that he would quit his job to move closer to hers.

“His bosses offered him recommendations, wished him luck and people accepted his decision,” she says. “A year later, things changed and we decided I’d move to follow his career.

“It was the exact same scenario we’d been in a year before, yet I faced a lot of questions. My boss at the time came into my office, closed the door and told me I had poor judgment. Friends and colleagues also questioned my decision – a decision that was never queried when it was made by a man. It would seem women have their choices scrutinised a lot more than men.”

Which is ironic, given that they may be making better decisions in the first place.

“If you’re anxious about a decision, tell yourself you’re just excited,” says Huston. “The body experiences the two emotions in the same way.”

“Think about the consequences of your decisions in 10 hours, 10 months and 10 years,” says Huston. “When we’re struggling with a decision, we’re often struggling with the initial impact it’ll have. Quitting your job may feel awful for 10 hours, but in 10 weeks, and 10 years, will you feel happier with your choice?”

Give yourself three options

“When we make decisions, we often give ourselves just two options to choose between,” says Huston.

“But try adding a third. Research shows that people’s satisfaction levels five years down the road are higher when they give themselves several options when making big decisions. So don’t have tunnel vision – put a third, perhaps unlikely, option on the table.”

Huston points to research that shows collaborative decision-making – something women are more inclined towards – tends to lead to better outcomes. “So don’t be afraid to invite others to help you make decisions.”

While it’s important to ask others for their opinions, don’t let this decision-making style be mistaken for indecisiveness. “Be explicit about when you are and aren’t taking input,” says Huston. “This might mean saying, ‘Let’s have a meeting on Monday to discuss things and I’ll decide what’s best on Tuesday.’ ”

How Women Decide: What’s True, What’s Not, and What Strategies Spark the Best Choices by Therese Huston is out now. 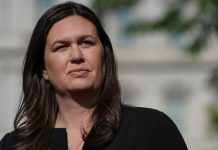 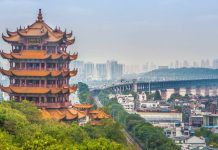