A look at what motivated Angela Merkel’s “we can do it” refugee policy, how it has changed Europe, and what comes next for the German Chancellor.

One year after opening Germany’s doors to a mass influx of refugees, Chancellor Angela Merkel insists she was right and has stuck to her message that “we can do it“.

But while the bold move won her the gratitude of those fleeing war and misery, and broad praise for her principled humanitarian stance, she has also been accused of sowing discord in Europe and exacerbating the migrant crisis.

Here are three questions on the momentous events since Merkel decided, on September 4th 2015, to keep open the national borders in the face of the growing influx that would swell arrivals in Germany to over one million asylum seekers in a year.

Merkel, usually described as cool-headed and rational, apparently took a decision strongly guided by emotion when she decided to allow into Germany tens of thousands of refugees who were stranded in Hungary.

The move surprised the world and saw the German leader hailed as ‘Mama Merkel’ by grateful migrants.

When refugees from the overcrowded Budapest railway station headed on foot through Austria towards Germany on September 4th, Vienna and Berlin agreed to let them through, rather than to shutter the borders.

At the time, the public was reeling from the jarring photo of three-year-old Syrian refugee boy Aylan lying dead on a Turkish beach, and the discovery in Austria of 71 dead migrants in a truck.

Merkel had also been infuriated by vulgar insults from xenophobic protesters during a visit to a refugee shelter in Heidenau in the former communist east.

It was a “traumatic experience” for her, said Hajo Funke of Berlin’s Free University.

Speaking after over 20,000 migrants crossed German borders during a single weekend, the pastor’s daughter said that if Germany couldn’t help those in desperate need, it would “not be my country anymore”.

How has it changed Europe?

Supporters compared Merkel to Mother Teresa, for standing up for Europe’s humanist values and the core principle of the free movement of people in the Schengen area.

This week, she told the Süddeutsche Zeitung daily: “Do we stand by what our constitution says about human dignity? … That’s what this is about.”

But critics charged that Merkel’s actions, including appearing in a ‘selfie’ picture with a migrant, created a pull factor that, in the smartphone age, encouraged tens of thousands more to make the dangerous trek.

Merkel, who usually seeks European consensus, had decided to “go it alone” – according to the front cover of this week’s Stern news magazine – by suspending the Dublin rules that say refugees must seek asylum in the first EU country they enter.

Countries that had looked to German leadership during the eurozone debt crisis would largely ignore Berlin’s demands for them to share the refugee burden under a binding quota system.

Eastern European countries closed their borders and refused to take in mostly Muslim migrants, with hardliners painting them as potential jihadists.

“Whichever way you look at it, the consequences are dramatic for Europe.”

As a result, Merkel is now more “isolated in Europe”, he said, adding that the crisis was “not without effect” on the Brexit campaign.

Germany faces the challenge of caring for the asylum seekers living in shelters across the country, including providing housing and language training and finding jobs for them.

The influx has sharply slowed, thanks to the closure of the Balkans route and a controversial deal with Turkey to halt the inflow which was signed in March.

Nonetheless, tens of thousands more have arrived this year, and Germany has witnessed a sharp rise in racist hate crimes and xenophobic sentiment, heightened by several bloody jihadist attacks this summer.

The rightwing populist AfD party is represented in half of Germany’s 16 state assemblies and looks like to enter two more through elections this month, while Merkel has also faced open rebellion from her conservative Bavarian allies.

Next year Merkel, who has been in power for 11 years, faces federal elections. She is yet to declare whether she will run for a fourth term as head of EU’s biggest economy. 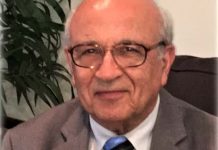