The Russian Air Force punished the terrrists rebels of Jund Al-Aqsa (Al-Qaeda franchise) and the Free Syrian Army (FSA) with a barrage of airstrikes on Friday night after the latter shot down a Syrian chopper near the Idlib Governorate.

According to a military source at the Hama Military Airport, the Russian Air Force carried out a number of airstrikes over the villages of Taybat Al-Imam, Souran, Helfaya, and Morek.

The intensity of the Russian airstrikes in the northern Hama countryside sidelined the Syrian Arab Army (SAA), who was attempting to advance at the key town of Taybat Al-Imam earlier today.

Despite mobilizing over 2,000 soldiers from the Syrian Tiger Forces in northern Hama, the Syrian Arab Army continues to call off their counter-offensive after attempting to advance against the enemy forces. 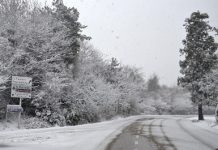