When a therapist friend told Allison Havey that her then 13-year-old son was almost certainly viewing online pornography, she felt angry. “I was offended because I thought, why would he be doing that? It’s deviant behaviour and he’s not deviant.”

What Allison now knows is that it’s natural for boys to want to look at sexual imagery. In fact, the average age for first exposure to online pornography in the UK is 11. For slightly older boys, it’s completely normal – of 3,000 boys aged 13-18 surveyed, 81% said they looked at it.

Allison – who with Deana Puccio has written a book dealing with this and other issues for parents in the digital age – says that there are two major consequences. First, this suggests that conversations about sexual behaviour have to happen much sooner, and within the family.

Second, the conversation is now much more important because of the proliferation of online pornography, which boys are looking at on their mobile phones.

There is a risk to this generation, say Allison and Deana, that online pornography could damage the sexual sensitivities of boys and their future relationships. Girls, who are far less likely to be interested in pornography at this stage in their lives, are at risk too, from their partners and future partners who could mistake the fiction of online pornography for the “norms” of satisfying sex.

This has far-reaching consequences, and it’s something most parents don’t know enough about. But if you go online and look at what today’s young people are viewing, it’s a world away from the type of pornography a generation who grew up in the 70s and 80s might be familiar with. We’re not even talking about hardcore images; it’s the relatively tame videos that focus, obsessively, on male pleasure, particularly oral sex. The vast majority of women have surgically enhanced breasts and female pubic hair is almost entirely absent. By normalising such things, pornography could be conditioning boys to have unrealistic expectations of the women with whom they will have sex.

It’s not only the images. The language on pornographic sites is very particular too: verbs such as “nailed”, “hammered”, “screwed”, “pummelled”.

“Anyone would think it was an advert for a DIY store,” says Allison.

Researching the book, Allison and Deana realised that laddism – which they refer to as “lad-itude” – far from being a phenomenon of sixth form and university years, is actually prevalent among boys from as early as year 8 – in other words, 12 to 13-year-olds.

“We have spoken to teenage girls who describe their guy friends as real Casanovas, collecting girlfriends like stamps and loudly bragging,” says Allison.

Sexist, misogynistic, homophobic and racist language and attitudes are also common. In the book, Allison and Deana list the kinds of everyday sexism boys use and girls overhear: “Would you?” “I would.” (Boys discussing girls as they walk past.); “On her knees, that’s where she belongs”; “I would destroy her”; “She’s a fuck and chuck.”

So what are the messages parents should be giving children – and how should they do it? Allison, who with Deana runs schools workshops as part of a project called Rap (Raising Awareness and Prevention), says that when she asks groups of pupils how many have ever discussed online pornography at home, only a tiny fraction put up their hands. She’s convinced, though, that opening discussions with children at the start of adolescence, perhaps as young as 10, is vital. “The thing you need to get across to your kids is that the sex they see online is far removed from real-life experience,” she says. “What’s almost always missing are the very things a real relationship thrives on: kisses, hugs and sensuality.”

The fact is, Allison says, all parents want to protect their children: and online pornography is making victims out of teenage boys, as much as teenage girls because both sexes are extremely vulnerable and are all too often looking at these images and videos alone. And, of course, as Allison says, material designed for older men will deliver a quite different message to a 14-year-old in his bedroom.

The good news is that teenage boys, when asked “Do you want a close, intimate, fulfilling and happy sex life?” still say yes. So here’s the essential ingredient to get across: if that’s what you want, you need to think about more than online pornography and smutty playground humour.

“We say, if you want to have a great sex life, follow the age-old formula,” says Allison. “What you need to do is talk to girls, if you’re going to find out what you both want. We tell them, you need to think about three things – the three things any good sexual relationship is based on. Friendship, romance and intimacy.”

One big problem for parents and educators like Allison and Deana is “lad culture” and the difficulty for teenage boys, in particular, in stepping out of line and questioning friends who tell rape or sexist jokes; or making them understand that distasteful jokes about women and sexual behaviour is having an adverse effect on behaviour and expectations.

“We need young people to know that when you stay silent when a friend delivers a rape joke, you’re being complicit and therefore supporting this behaviour,” says Allison.

Anyone who plays sexist video games or watches degrading music videos and hardcore pornography online is supporting a sexist, misogynist culture. Parents, in other words, have to play their part. The online threat is real but parents are far from powerless. 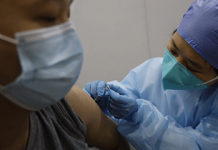 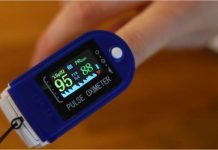