An Analysis by Roland Nelles

With national elections just a year away, many have written Angela Merkel off. Yet even as her party continues to suffer in state elections, there are a host of reasons why the chancellor can hope for a fourth term — assuming she decides to run.

Angela Merkel is done. She has run out of luck, she is losing supporters in droves and she is driving former conservatives into the arms of the right-wing populist Alternative for Germany (AfD) party. More than that, her refugee policies are threatening to break apart the decades-long partnership between her Christian Democrats (CDU) and the Bavarian Christian Social Union (CSU). In short, Germany’s incumbent chancellor doesn’t stand a chance next year when the country goes to the polls for the 2017 parliamentary elections.

Such has been the narrative in recent months and it is being repeated once again in the wake of Berlin city-state elections on Sunday, a vote that handed the CDU yet another apparently crushing defeat. Indeed, the party managed a paltry 17.6 percent of the vote, its worst post-reunification result ever in the German capital. Commentators, both domestic and foreign, have been rushing to chalk up the outcome as yet another referendum on Merkel’s performance in last year’s refugee crisis. Apparent proof of that interpretation is the 14.2 percent vote total received by the AfD. Coming on the heels of the AfD’s dramatic success in recent state elections in Mecklenburg-Western Pomerania, where it ended up with 20.8 percent, the trend looks clear.

It would, of course, be foolhardy to argue that all is well in Merkel’s political universe. But it would be equally hard to argue that Berlin elections are an accurate litmus test for her potential success next year. Indeed, all establishment parties did poorly on Sunday, with the Social Democrats “winning” the election with just 21.6 percent, almost seven percentage points lower than the party’s total in the last election in 2011. In fact, it was the lowest ever total for an election victor in a German state election. Support for the Greens also dropped, while both the far-left Left Party and the AfD booked significant gains. Much of that is a reflection of how dissatisfied Berliners have been with the SPD-CDU coalition that has held power in the city for the last five years.

A closer look at the results in Berlin, in fact, may indicate that Merkel’s chances aren’t too bad next year. Consider the following six reasons that she could very well end up being elected for a fourth term in the Chancellery next fall.

Why Merkel Could Win

Merkel has indicated she will make her decision known by the end of the year. Should she decide to try for re-election, though, betting against her would be an extremely risky wager indeed. 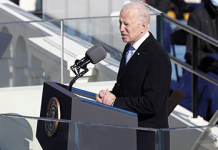 China can be a partner to help Biden realize his goals: Global Times editorial 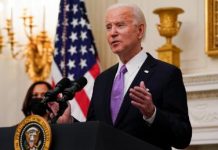