Of all the cliches hurled about after the demise of a Hollywood marriage (“You never know what’s going on inside another couple’s relationship,” my cabbie sagely announced the night The News broke; “Shame they couldn’t have stayed together for the sake of the kids,” tutted my hairdresser the following morning), there’s one that always baffles me: “And it looked so perfect from the outside” Delivered with a schadenfreude-filled sigh, this one prompts a needle-across-vinyl scraping sound in my head.

Perfect? It looked ghastly from the outside. Like what it probably was: a marriage in its private but protracted death throes.

Like my cabbie says, we don’t know what went on inside their lavish homes – from east Hollywood and Santa Barbara to that gorgeous chateau in Provence – but I know a woman who does.

The first time I came across Laura Wasser – aka the “Disso Queen”, thanks to her skill in dissolving marriages – it was at a gun control benefit dinner in Beverly Hills.

Slender, tanned and as luscious-locked as a Victoria’s Secret model, she was leaning on a grand piano in a mesh Stella McCartney “illusion” dress, being serenaded by long-time client Stevie Wonder (“Laura’s seen me through a few tricky situations,” the twice-married singer laughingly admitted).

Not strictly accurate: “Whether it’s the people I do pro-bono work with at the Harriett Buhai Centre for Family Law in downtown LA or the high-powered celebrities that I work with, they all have the same look on their faces when they first come in,” she told me. Perhaps due, in part, to the print that hangs in her office bearing the inscription, “The End”.

Fresh from representing Johnny Depp in his unconscious uncoupling from Amber Heard (where she learnt a valuable lesson that she appears to have employed in Jolie’s case: make the first strike), she’s a firm feature not just in the Hollywood Reporter’s “100 Power Lawyers”, but in the profile pages of Vogue and Vanity Fair.

Although she may look more like one of her A-list clients than their counsel, according to one fellow lawyer, “there’s nothing pretty about having Laura sitting on the other side of the mediation table to you”.

“Irreconcilable differences” may have been the reason Jolie, 41, gave for instigating the split and is seeking sole physical custody of their six children, amid rumours that swirl from Pitt’s “bad parenting” to his “substance abuse”, via an alleged affair with French actress Marion Cotillard (all have been denied) – but if that were a real reason to divorce we’d all be single and marriage as an institution would have long been extinct.

Just because these two improbably beautiful beings made it beyond the 10-year mark (they only married in 2014, but that’s still centuries ago, in mere mortal terms, and far longer than anyone gave them when the two fell in love on the set of Mr and Mrs Smith in 2004), in that time overcoming personal hurdles – like Jolie’s bravely borne cancer scares and surgeries – that would have felled many a weaker couple, it doesn’t mean that their divorce will be any less acrimonious.

I’ve glimpsed inside enough show-business relationships to know that they’ve got more, not less, to contend with than the rest of us. Yes, they “have everything”, but that’s only a thousand more things to argue over. Because success breeds tension, money breeds superficiality and beauty breeds insecurity.

Added to which, actors, let’s not forget, are in a class of their own: they pretend to be other people for a living, they have to be self-involved to a startling degree in order to make it, and certainly all the ones I know are inveterate thrill-seekers – which makes them great friends but lousy spouses.

With the employment of private investigators de rigueur in flailing Hollywood marriages, couples often using those last few months or years together to amass legal ammunition against each other (some even writing “divorce diaries” detailing their spouses’ marital aberrations) and the intense public interest in their situation, it would be a miracle if Pitt and Jolie were able to keep their divorce quick and clean.

Given Jolie has gone back to Wasser, however, who represented her during her divorce from Billy Bob Thornton, this looks likely to be what the actress wants.

“‘It’s all good’ has always been my maxim,” she assured me when I interviewed her three years ago, upon publication of her book, It doesn’t have to be that way: How to divorce without destroying your family or bankrupting yourself. “Not great, obviously, because you’re getting a divorce. But I do believe that divorce today can be if not almost-good, then at least good enough to keep yourself, your sanity, your wallet and your dignity intact – and your children safe, sound and emotionally healthy.”

One would hope that even the most bitter and covetous among us would want this for Pitt, Jolie and those six children. Because as Wasser so rightly pointed out to me, when I enquired as to the difference between normal and celebrity divorces, the answer is “very little”.

“Divorce is the great equaliser,” she said. “You can hack off or add on several zeros to the income or the size of the estate but in the end everybody has the same anxiety, sadness and anger when a marriage ends.

Whether it’s ‘who is going to walk the red carpet with me at the Oscars?’ or ‘who is going to go to the office Christmas party with me and Xerox their face next to mine?’ – the fears are the same. Everybody is just as worried about his or her children.”

Her own parents divorced when she was 16. One of the best things about their break-up “was that they split at a time when they didn’t hate each other yet”, she told me. “They knew when to call it quits. And that meant that when I got married they were both there to walk me down the aisle.”

I supposed, with all that personal and professional expertise, Wasser would be the one woman who would have been able to circumvent the marital pitfalls that trip up her clients, but Hollywood’s top divorce lawyer is herself divorced (with two sons, by two different fathers; she represented herself in her very first case) – something I couldn’t help but be intrigued by.

“Oh I only know about divorce,” she explained, wryly. “I don’t know how to stay married.”

God knows she would be in still greater demand in Hollywood and beyond if she did. 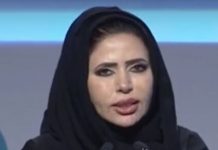 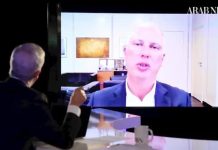