The Japanese prime minister has called for a strong response to Pyongyang’s latest missile tests in a rare meeting with Cuban leader Fidel Castro. Abe is the first Japanese leader to visit the communist country.

“The Prime Minister pointed out the necessity [for] the international community to respond to this rigorously in unity,” Japanese Foreign Ministry spokesman Yasuhisa Kawamura told reporters following Abe’s 70-minute meeting with Fidel Castro on Thursday.

After a series of nuclear and missile tests, North Korea now claims it can mount a warhead on a ballistic missile – cause for concern in South Korea and Japan.

An official statement released on television said that the two leaders “discussed the complexities and hazards affecting the world and the need to strengthen efforts toward the elimination of nuclear weapons and preservation of peace.”

Castro, who visited Hiroshima in 2003, told Abe that issues with Pyongyang needed to be resolved peacefully through dialogue.

Trade gets a boost

Abe also met Cuban President Raul Castro, who took over the reins after his brother, Fidel. Abe and his Cuban counterpart discussed how Japan and Cuba could deepen bilateral commercial ties.

“I sincerely hope my stay here becomes an opportunity to open a new page in the relationship of friendship between both nations,” Abe told reporters. “I believe firmly that Japanese companies can, as reliable partners, make a notable contribution to a Cuba that is updating its socio-economic model,” he added.

Japan and Cuba have a long history of ties, with the former importing coffee, tobacco and seafood and exporting machinery from the South American island. The two countries also signed a deal in which Tokyo forgave part of Cuba’s debt, leaving it to pay $606 million (541 million euros). Around 30 percent of the amount will be deposited in an investment fund for Japanese businesses on the island, the Japanese government said.

Several western leaders have made recent visits to Cuba since the country began normalizing ties with the US two years ago. US President Barack Obama visited Havana this March, after nearly six decades of frosty relations with Castro’s Cuba. 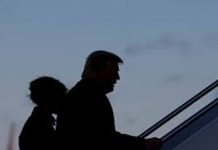