In an interview aired Sunday on ABC’s “This Week,” the manager of Donald Trump’s campaign, Kellyanne Conway, chided President Obama for his response to claims by the Republican presidential nominee that life has never “ever” been worse for African Americans than it is today.

In a conversation with “This Week” host George Stephanopoulos, Conway described Obama’s comments as inappropriate and did not address the accuracy of Trump’s claim.

From a transcript of the Sunday morning talk show:

STEPHANOPOULOS: So are African American communities really in the worst shape they’ve ever been?

CONWAY: Seems to me that everything that Donald Trump is saying and it’s too bad that the president is so glib about these issues. But Donald Trump —

CONWAY: No, no, no, he was very — he — no, George, he was just very glib about what the — you know, calling — referring to an 8-year old. What Donald Trump is talking about in his speeches is bringing — is rebuilding the inner cities, is bringing more jobs there, is tackling full-on poverty and joblessness and homelessness in the inner cities and crime.

And we’re not going to have a serious conversation about crime in the inner cities?

And so I think that it’s very — I really applaud Donald Trump for having this conversation in and about the inner cities. He went to a black church in Detroit several weeks ago, taking his case directly to the people. You don’t see many Republican candidates do that, particularly when they’re running for president.

So I appreciate the fact that President Obama has his perspective. But I think Donald Trump should also be applauded for actually trying to make a difference in these communities.

During a campaign event in Kenansville, N.C., last week, Trump said, “We’re going to rebuild our inner cities because our African American communities are absolutely in the worst shape they’ve ever been in before. Ever, ever, ever.” His campaign has described this part of his stump speech as a sustained effort to reach out to black voters. Kenansville is named after a man who was the son of a major slave-owning family.

Conway has been widely described as tasked with keeping Trump’s uncommon political commentary to a minimum and having him focus on campaign messages born of polls and other voter research. She has often worked to clarify comments made by Trump on the campaign trail. 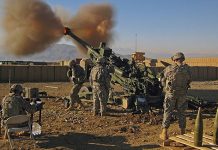 ‘The war machine is back’: Biden reminded of previous criticism of Trump’s ‘escalation’ in Syria after he orders new strike