Tennis – The world no. 2’s name was revealed along with sister Venus in the data released by the Fancy Bears’ Hacking Group

Last week during an interview with TV channel Stade 2, Serena Williams, who was promoting her coach Patrick Mouratoglou’s new academy, was asked a question about her personal data revealed by the Russian hacking group, Fancy Bears. Williams was upset with the question and after declining to answer the question, she also ended the interview immediately.

Initially, at the start of the interview, Serena was asked about why never took vacations. To which, she replied, ´I practice or I have something to do for fashion or my business, I have media duties and have photoshoots. Without realizing it December comes and I have to prepare for the Australian Open. So I don’t really have time to take a vacation.´

She turned 35 a couple of days ago, what´s the thing that makes her very emotional? ´Entering the court especially in the Grand Slam tournaments and in any other event. Entering the court and wishing to be the best.´

When asked about retirement, she said, ´I am the kind of person who will suddenly end her career. And when it will be the end, it will come suddenly. I have never set a limit of age or year.´

And finally, when the anchor asked,´I have another question, your sister released a statement about the Russian hackers. Do you have something to say about it?´ Serena abruptly said, ‘No thanks,’ and concluded the interview. 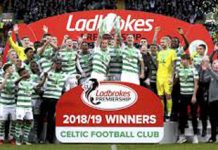 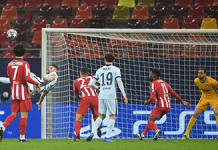