The Ethiopian government has declared a state of emergency across the country following days of deadly anti-government protests. Prime Minister Desalegn insists the move will not breach the basic rights of citizens.

The state-owned Ethiopian Broadcasting Corporation said the government aimed to deal with “anti-peace elements” that are “jeopardizing the peace and security” of the country.

“The Council of Ministers has declared a state of emergency that will be effective as of Sunday evening so as to deal with anti-peace elements that have allied with foreign forces and are jeopardizing the peace and security of the country,” the broadcaster announced Sunday morning.

The authorities also assessed the damage in anti-government protests to foreign-owned factories and flower farms in the capital Addis Ababa.

“A state of emergency has been declared because the situation posed a threat against the people of the country,” Prime Minister Hailemariam said in his TV message.

“The emergency will not breach basic human rights enshrined under the Ethiopian constitution and won’t also effect diplomatic rights listed under the Vienna Convention,” the PM insisted.

The state of emergency will be in place for six months, but could be shortened if the security situation improves, according to the local Fortune newspaper. The state broadcaster said the details would be announced soon.

At least 52 people were crushed to death in a stampede last week after police volleyed tear gas and rubber bullets to disperse an anti-government protest.

Witnesses in the town of Bishoftu said police in the Oromia region fired tear gas and warning shots to disperse anti-government protesters at a religious festival to celebrate the end of the rainy season, triggering a stampede that caused numerous deaths.

The event quickly devolved into chaos, with protesters throwing stones and bottles facing off against riot police, setting off a mass panic.

Ethiopia is facing its most severe anti-government protests in a decade. Trouble started in the central and western Oromia region in 2015. In recent months, it has spread to the northern Amhara region.

The Oromo protests were initially aimed at the government’s plan to extend the boundary of Addis Ababa amid concerns that the move would displace the farmers. Human Rights Watch said the security forces killed over 400 people since the start of demonstrations.

The government had to reverse the boundary plan, but the Oromo community still feels excluded politically and economically. 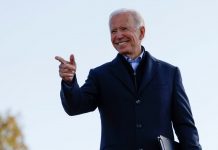 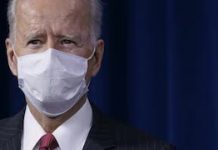