The long-awaited battle for Mosul enters its third day, in a push which has seen the Iraqi army join forces with various military groups in the country, including Shia, Sunni and Kurdish forces, to drive out Daesh terrorists from their last stronghold in Iraq. Mosul slipped into the hands of Daesh in the summer of 2014. It took months for the army and pro-government volunteer forces to prepare for the decisive offensive to liberate the strategic northern city.

— Iraq’s Joint Operations Command (JOC) says the army’s fighter jets have carried out an airstrike against Bartalah district east of Mosul, killing the self-proclaimed Daesh Nineveh provincial governor, Waed Younis, and 32 of his aides. The JOC added that 25 Daesh members were killed as Iraqi forces wrested control over Hamdaniya district. The remaining terrorists fled the area to save their lives.

— Daesh terrorists have carried out two car bombings against Iraqi forces in Hamdaniya district, located 35 kilometers southeast of Mosul, as the Takfiri group goes on the defensive ahead of the ground operations due to start later in the day.

— The Iraqi army and fighters of the Popular Mobilization Units, known as Hashed al-Sha’abi, are the main forces to take part in the Wednesday battles.

— Since the early hours of Wednesday, Daesh positions south of Mosul have been hit by airstrikes.

— The Popular Mobilization Units has announced in a statement that its forces would not march into Mosul, located some 400 kilometers north of the Iraqi capital Baghdad, and would instead keep its positions on the western flank of the city, where they will work to thwart foreign plots aimed at impeding the operation.

The statement underlined that only Iraqi army soldiers and security personnel would enter Mosul, while pro-government forces would fight for the liberation of the city of Tal Afar, situated 63 kilometers west of Mosul.

— Iraqi Christians celebrated on Tuesday the recapture of the town of Qaraqosh, 32 kilometers southeast of Mosul, and Hamdaniya district, from the grip of Daesh extremists.

They gathered at a Catholic church in the capital of the semi-autonomous Kurdistan region, Erbil, to rejoice the liberation and pray for the full retaking of Mosul.

Thousands of Christians fled Qaraqosh when Daesh Takfiris overran it two years ago. 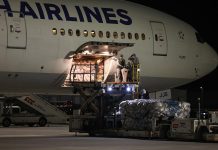 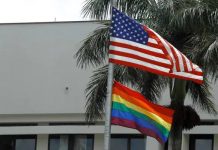