The combative president of the Philippines dismissed his country’s long standing alliance with the United States. But the country’s trade minister sought to walk back the president’s controverisal comments.

The future of bilateral relations between the US and the Philippines is up in the air amid conflicting comments from the island nation’s president and his trade minister.

During an economic forum in Beijing on Thursday Philippine President Rodrigo Duterte declared that his country is separating from the US.

His remarks came shortly after he handed China a major diplomatic victory by agreeing to resume dialogue over their territorial dispute in the South China Sea following months of acrimony.

“In this venue, your honors, in this venue, I announce my separation from the United States,” Duterte told Chinese and Philippine business people to applause at a forum in the Great Hall of the People attended by Chinese Vice Premier Zhang Gaoli.

Closer ties with China could deepen a growing political rift between the Philippines and the US. Duterte has made no secret of its enmity towards America, or at least US President Barack Obama, since taking office on June 30.

After speaking diparagingly of Obama, Duterte now says he is ordering an end to joint maneuvers between the US and Philippine militaries.

In Washington, US State Department spokesman John Kirby said Duterte’s remarks were “inexplicably at odds with the very close relationship we have with the Filipino people as well as the government there on many different levels, not just from a security perspective.”

But Friday morning the country’s Trade Minister Ramon Lopez sought to clarify, or amend, the president’s comments during an interview with CNN.

“The president did not talk about separation,” Lopez said from Beijing.

“In terms of economic (ties), we are not stopping trade, investment with America. The president specifically mentioned his desire to strengthen further the ties with China and the ASEAN region which we have been trading with for centuries.”

He said the Philippines was “breaking being too much dependent on one side.”

He added, “But we definitely won’t stop the trade and investment activities with the West, specifically the US.”

But Duterte’s admiration for authoritarian regimes didn’t end with China, but also included Russia in which he also said, addressing the Chinese leader, that he had “realigned (himself) in your ideological flow.”

“Maybe I will also go to Russia to talk to (President Vladimir) Putin and tell him that there are three of us against the world – China, Philippines and Russia,” he said. “It’s the only way.” 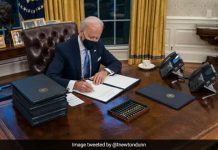 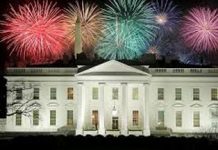