Bill Clinton did a good job reaching across the aisle to get things done with Republicans. So did Ronald Reagan. Their eras weren’t that long ago.

Yes, it’s been long. It’s been nasty. It’s been unpredictable in the extreme. At this point, almost everyone in the United States wishes it was over.

But probably the toughest part of the 2016 presidential campaign is yet to come: the aftermath.

How will the next president – Hillary Clinton or Donald Trump – move to heal the nation following an election that’s further polarized the electorate and brought some of the worst aspects of US politics to the fore?

After all, on November 9 the winner of the Oval Office will face a number of daunting realities, points out William Galston, a governance expert from the Brookings Institution.

First, the campaign hasn’t focused much to prepare voters for the real choices Washington faces in coming years, especially on economic policy. Second, it’s been full of rhetoric attacking the legitimacy of the election itself. Third, the outcome of the vote is likely to emphasize the widening racial and economic divides between the parties.

These divides “create a gap that the winner of the 2016 presidential election will find it hard to narrow unless he or she focuses on an agenda of national reconciliation starting on Day 1 of the transition,” writes Galston in a policy paper on the subject.

One bit of positive news is that both candidates have at least said that reconciliation will be one of their top priorities in the event of an election win.

“I want us to heal our country and bring it together,” says Hillary Clinton inan ad for swing state voters released this month. “My vision of America is an America where everyone has a place.”

In his speech on Saturday at the Civil War battlefield of Gettysburg, Pa., Donald Trump closed by asking voters “to rise above the noise and the clutter of our broken politics, and to embrace that great faith and optimism that has always been the central ingredient in the American character.”

(Earlier in the speech, he did complain about the “rigged” system of US politics and said he would sue all the women who have come forward in recent weeks to accuse him of sexual improprieties.)

To some extent these sentiments simply reflect the normal closing arguments of a long campaign. Both George W. Bush and Barack Obama based their initial presidential campaigns on promises to bridge the nation’s divides. Both, for various reasons, failed. If anything the 45thpresident of the United States will face an even more difficult, split nation.

But the next president-elect, in the name of national comity, if not unity, virtually has to make some gesture of rapprochement to the losing side.

Right now that president-elect seems most likely to be Hillary Clinton, according to the vast majority of polls. One of her political challenges will be that the Trump campaign has revealed a deep strain of disillusion and anger among some white, blue-collar, largely male US voters. If she wins, Clinton will need to acknowledge the concerns of such Americans without appearing patronizing or vindictive.

Partly, that’s for purposes of national reconciliation with a group she labeled replete with “deplorables.” It’s also sound strategy to help her push future policies, says David Greenberg, a historian of American politics at Rutgers University and author of “Republic of Spin: An inside history of the American presidency.”

“Especially after the Trump campaign, it will be important for Hillary Clinton to reach out to Republicans, even Trump voters who really don’t like her, to try and ask for a fresh look,” says Greenberg.

That might not get Clinton much in the short term. That’s okay, says Greenberg, because the first 100 days of a presidency aren’t the defining characteristic the media often makes them out to be. Successful presidents haven’t always started out with a burst of legislative activity, despite the precedent set by Franklin Delano Roosevelt’s first months in office.

First step toward a successful presidency

What the best presidents have done is gain some good will and admiration from the other party, says Greenberg. Maybe that’s asking too much in today’s hyperpolarized Washington. But Bill Clinton did a good job reaching across the aisle to get things done with Republicans, Greenberg says. So did Ronald Reagan. Their eras weren’t that long ago.

“If I were Clinton I would have two agendas. One if the Democrats win the majority in the House and Senate, and another if they don’t,” says Greenberg.

How Clinton approaches the next two weeks might affect this outlook. Continuing to attack Trump as unfit to be president may not be enough to win her a broad, mandate-producing landslide victory. She’s got to begin her own pivot, away from anti-Trump campaign mode and towards her own hopes and plans.

“If Clinton can convince the country that she is going to win by offering up herself – as opposed to being there solely as an alternative to Trump – it could have implications for governing in the not-so-distant future,” writes ABC political director Rick Klein Monday.

As for Donald Trump, polls show that currently he has only an outside chance of prevailing in November. But outside chances occur.

If Trump wins, one of his biggest problems might be fear, given that polls show many Americans are afraid of his candidacy. His No. 1 job would be to counter this emotion, writes Britain’s Nigel Farage, former leader of the United Kingdom Independence Party, an anti-immigration group that backed Britain’s exit from the European Union.

“If Trump were to win, it would be for him to disprove the doubters by showing that he’s not the kind of guy that would lead the US into ridiculous foreign wars and that he has a genuine agenda that will put the interests of the American people first,” writes Farage in a USA Today special project on post-election healing.

Whoever wins, next January they will become all America’s president. Their face will be on our screens and their words in our ears for years to come. They’ll be the symbol of the US government. And if there is one quality Americans want their president to convey, it’s optimism, according to Robert Bruner, a University of Virginia business professor and faculty associate at the Miller Center for Public Affairs.

Prof. Bruner writes that his recent research in presidential speeches and memoirs shows optimism to be an essential characteristic of successful presidents. Think of sunny Dwight Eisenhower and uplifting John F. Kennedy, and Ronald Reagan and his “morning in America.”

“If a president wants to overcome national problems, she or he must mobilize others to deal with it,” writes Bruner as part of the Miller Center’sFirst Year 2017 presidential agenda project. “Optimism is an instrument of influence and leadership.” 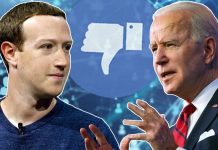 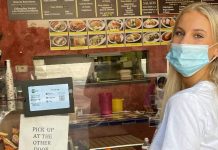 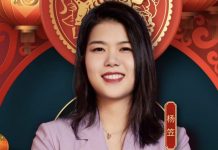