“It was given by St. John Paul II, and this remains”

Pope Francis told reporters Tuesday that the Roman Catholic Church’s restriction on women entering the priesthood is likely to remain in place forever.

The remarks — issued abroad the papal plane as the Pope flew back to Rome from Sweden — came in response to a journalist asking whether the Church might see female priests in the coming decade, New York Times reports.

“On the ordination of women in the Catholic Church, the last word is clear,” Francis said, referring to an apostolic letter written by Pope John Paul II in 1994. The letter holds that ordaining women was not possible because Jesus chose only men as his apostles.

“It was given by St. John Paul II, and this remains,” Francis said.

“It goes in this direction,” the Pope replied. He also cited the importance of Mary, mother of Jesus, to the church, adding that “women can do many other things better than men.”

In Sweden, Francis had been attending a ceremony to commemorate the year leading up to the 500th anniversary of the Protestant Reformation. Like many other Protestant denominations, the Church of Sweden has ordained woman for decades — its head, Archbishop Antje Jackelen, is a woman.

Although the Pope has repeatedly denied women would be permitted in the clergy, his creation of a commission to discuss whether women could serve as deacons in May caused some to question his intentions. Francis has endured flak from Catholic traditionalists.

But a Pew Research Centre poll in 2015 found that about 6% of American Catholics were in favor of allowing women to be priests. 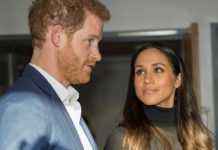 Israeli Army Says It Has Downed Drone Launched From Lebanon 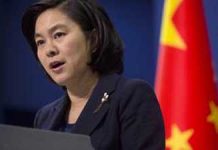