German Foreign Minister Frank-Walter Steinmeier will conduct talks in Ankara on Nov. 15 amid a diplomatic spat between the two countries and tense relations between Ankara and Europe.

Talks between Turkey and the European Union for visa-free travel for citizens of Turkey, the continued German deployment at the İncirlik Air Base and the fight against terror are among the topics to be discussed at the visit, diplomatic sources told the Hürriyet Daily News.

Steinmeier’s visit comes as critics call on the German government to move beyond words of concern and take concrete action amid concerns for the deterioration of the rule of law and the precipitous decline of democracy in Turkey.

Germany is trying to strike a balance between condemning the Turkish government’s post-coup measures and maintaining good relations with a critical partner in grappling with the Islamic State of Iraq and the Levant (ISIL) and curbing the inflow of migrants which hit Europe in 2015.

However, Turkish leaders have threatened to cancel the migration deal unless Europe delivers promised concessions soon, especially visa-free travel in Europe for citizens of Turkey.

There are growing calls for the EU to halt accession negotiations with Turkey. However, Steinmeier said on Nov. 10 that Germany wanted to maintain close relations with Turkey and that EU accession should remain open, even as he warned that accession talks would end if Ankara reinstated the death penalty.

He said cutting off talks with Turkey about joining the European Union would hurt Turkish citizens as well as the government, adding that Berlin would continue to press Ankara to respect the rule of law.

Berlin wants to “help persecuted scientists, cultural workers, journalists, who can no longer work in Turkey come to Germany to work,” he said.

Following a rise in ties between two countries over talks for a migration deal, Germany and Turkey have been beset by growing tension in recent months, largely due to Ankara’s accusations that Berlin is reluctant to take strong action against terrorist groups such as the Kurdistan Workers’ Party (PKK), the Revolutionary People’s Liberation Party/Front (DHKP-C) and the Fethullahist Terrorist Organization (FETÖ).

The first sign of worsening relations between Turkey and Germany was in April when Ankara pursued the prosecution of a prominent German comedian for reciting a poem mocking President Recep Tayyip Erdoğan. Merkel attracted harsh criticism at home for allowing a criminal investigation into the comedian’s performance to move forward.

In June, the German parliament approved a motion calling the killing of more than a million Armenians during World War I as genocide, angering Ankara again.

Strained relations between Ankara and Berlin due to the Armenian bill worsened after Turkey rejected a German parliamentary delegation’s visit in late June to İncirlik Air Base, which hosts 250 German troops, six surveillance jets and a refueling tanker. Berlin had threatened to remove its military presence at the base to another regional country in response. The German troops and jets at İncirlik contribute to the U.S.-led coalition against ISIL in Iraq and Syria.

Ankara gave permission for German lawmakers to pay a visit to the base following Steinmeier’s statement on Sept. 2 that Germany’s parliamentary vote was “not legally binding,” a move that signaled an attempt to mend frayed ties with Turkey.

But tension grew once more after the German top court barred President Recep Tayyip Erdoğan from addressing by video a crowd of around 40,000 of his supporters in Cologne in July.

EU Affairs Minister Ömer Çelik described the ruling as “utter backsliding in freedom of speech and democracy,” and the Turkish government summoned a senior German diplomat in Ankara.

Germany has been critical of Turkey’s mass purge of public officials and its crackdown on media following a July 15 failed coup attempt.

Berlin summoned Turkey’s envoy after almost a dozen MPs from the People’s Democratic Party (HDP) were detained and arrested at the beginning of November.

In return, Erdoğan has accused Germany of harboring “terrorists” by allegedly not cracking down on groups such as FETÖ, PKK and DHKP-C.

He slammed Merkel claiming he offered her 4,000 dossiers presumably containing the files of terrorists in Germany and that she was unwilling to act on his information.

“They are giving us advice. But it is us who concerned about your stance. You are aiding terror! That terror will hit you like a boomerang. We have no expectations from you, but you will be remembered by history for harboring terror,” the president said in early November.

In another sign of reaction to Berlin, Foreign Minister Mevlüt Çavuşoğlu twice refused to a call from Steinmeier and delayed his request to visit Turkey. “They think Germany is a superior country and expect us to be ready to take the phone whenever they are ready for that. We are not loafing around here; we also have things to do,” Çavuşoğlu said Nov. 8

The German minister’s visit will be his first after July 15 coup attempt, which killed 246 people and wounded around 2,200 others.

“This [coup] was an attack directed to the heart of Turkish democracy,” Steinmeier said during a parliamentary debate in Berlin on Nov. 10.

“We feel admiration for people who showed great courage that night to preserve [the] constitution and democratic institutions,” he said adding that Germany’s position was “very clear.”

“We condemn every kind of terrorism, including the PKK, and we struggle against this with all the means of the state. This is our position and it will remain like this,” he added.

The Turkish authorities have sent files to Germany regarding Zekeriya Öz and Celal Kara, controversial Gülenist prosecutors who are currently believed to be in the country.

‘Made in US’: Norway’s New Defence Plan Sparks Strong Criticism 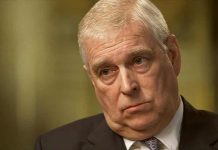