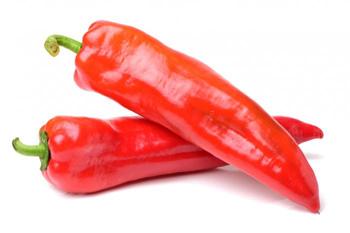 A study of more than 16,000 people in the United States revealed that individuals who consumed red chili peppers had a lower risk of death from all causes over an average of 18 years than those who did not eat the spicy food.

Study co-authors Mustafa Chopan and Benjamin Littenberg, both from the University of Vermont College of Medicine, recently reported their findings in the journal PLOS One.

Chili peppers are the fruits of the Capsicum plant, which belongs to the nightshade family. There are many types of chili pepper, all of which have different heat levels.

In hot peppers, such as jalapeños, the fiery flavor comes from a compound called capsaicin. Studies have suggested that this compound can offer a wealth of health benefits.

A recent study reported by Medical News Today, for example, found that capsaicin might have the potential to halt breast cancer, while an earlier study linked the compound to areduced risk of colorectal cancer.

According to Chopan and Littenberg, only one previous study – published in The BMJ in 2015 – has investigated how the consumption of spicy foods such as chili peppers can impact death risk. It found a link between regular consumption of such foods and reduced all-cause and cause-specific mortality.

The new study supports this association, after finding that people who eat hot red chili peppers might have a longer lifespan.

Chopan and Littenberg reached their findings by analyzing the data of 16,179 adults aged 18 or above who took part in the National Health and Nutritional Examination Survey III between 1988 and 1994.

At the point of survey, participants’ consumption of hot red chili peppers over the past month was assessed using a food frequency questionnaire.

The all-cause and cause-specific mortality of participants were monitored over a median follow-up period of 18.9 years using the National Death Index. During follow-up, 4,946 deaths occurred.

Compared with participants who did not consume hot red chili peppers, those who did were found to be at a 13 percent reduced risk of all-cause mortality.

Because of the relatively small number of deaths in this study, Chopan and Littenberg say that their data on how red chili pepper intake might impact specific causes of death is limited.

Still, the available data suggested that hot red chili pepper consumption was most strongly associated with a reduced risk of death from vascular diseases, such as heart diseaseand stroke.

While the researchers are unable the pinpoint the precise mechanisms by which red chili peppers might extend lifespan, the team says that it is likely down to capsaicin, which activities transient receptor potential (TRP) channels.

“Capsaicin may also defend against heart disease via a TRP-mediated modulation of coronary blood flow,” they add.

Overall, the team says that these latest findings support those of the 2015 study, linking spicy food intake to reduced risk of death by showing “a significant decrease in mortality associated with hot red chili pepper consumption.”

However, Chopan and Littenberg note that the earlier study was only conducted in Chinese adults, so the new research “strengthens the generalizability” of those findings.

The team concludes that:

“Given the observational nature of both investigations, causality can only be suggested, not confirmed. Further studies should aim to investigate the benefits of other spices and differential effects of certain chili pepper subtypes. Such evidence may lead to new insights into the relationships between diet and health, updated dietary recommendations, and the development of new therapies.”