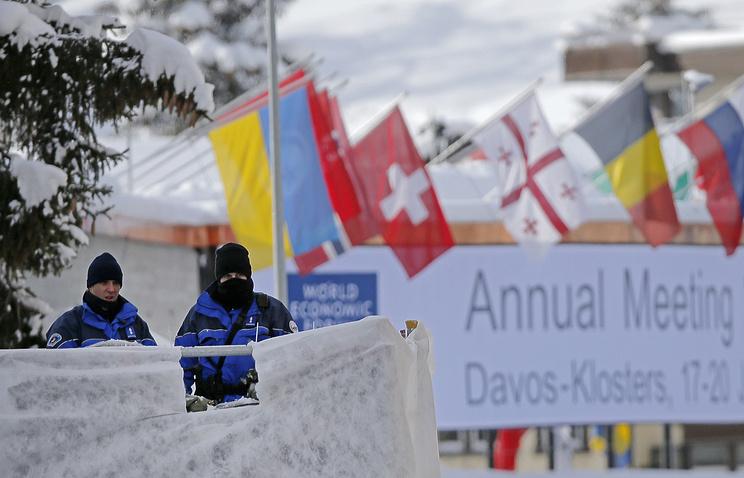 DAVOS, January 17. /TASS/. Top-rank representatives of the world political and business elite have gathered in Davos for the annual World Economic Forum to consider ways of aligning to a new international reality that was heralded in by last year’s events – Donald Trump’s victory in the U.S. presidential and the victory of the supporters of Brexit in the referendum in the UK.

Although the organizers of the most prestigious forum in the world have brought its opening by one day to make it possible for the participants to attend the inauguration of the President Donald Trump, none of the key newly appointed officials of the US Administration will come to Davos.

Bloomberg quoted a source saying Trump believed that participation in a forum bringing together the richest of the world elite would mean betrayal of the ideals maintained by his electorate.

Along with it, two members of the outgoing Administration, Vice President Joe Biden and Secretary of State John Kerry are expended to make lengthy speeches. The itinerary of the forum includes several sessions, the topics of which the international media link to certain aspects of Trump’s agenda – the policy of fear, populism, anti-immigration rhetoric, and protectionism.

Many commentators said in the run-up to the forum the international features like Trump’s victory, Brexit, and the rise of rightwing and populist movements in Europe were posing threats to the so-called Davos people – billionaires, representatives of the ruling class from different countries and top managers of international corporations. The founder of the forum, the 78-year-old Klaus Schwab has admitted this partly.

He said that the world around was changing at an unprecedented speed, which traditional concepts of society faced with challenge and many people naturally feeling the absence of security or even threat.

To respond to the challenges the countries determining the global agenda needed a new model of responsible leadership.

Anthony Scaramucci, the founder and co-managing partner of SkyBridge Capital investment firm whom Trump recently appointed Senior Advisor to the President and Director of the Office of Public Liaison and Intergovernmental Affairs, who is known in the business community as Mooch, will be Trump’s only unofficial representative in Canada.

Russia has sent a much more representative delegation to the forum this year and one of its members, who preferred anonymity, said in this connection: “We do have something to show this year.”

Following two years of a decline in the wake of falling oil prices and Western sanctions over the events in Ukraine, the Russian economy has begun to two first signs of growth that are likely to strengthen into a steady tendency next year.

The Russian government is considering plans for a further acceleration of growth rates, which should overtake the average international ones at the turn of 2018 and the beginning of 2019.

In spite of Trump’s relatively tough rhetoric towards Russia at his first news conference as President-Elect, many commentators hope for a gradual warming of relations between the two superpowers. Some of them forecast even a gradual loosening of the anti-Russian sanctions.

In the course of his election campaign, Trump said more than once he viewed Russia as an ally in struggle with terrorism.

The Russian theme will be represented at the Russia and the World session scheduled for January 19. Participants in it, including Shuvalov and Dmitriyev will take a look at how he national policies, economy and geopolitical context change Russia’s role in the world. Also, they will take up the problem of new sources to economic growth and the resetting of diplomatic relations.

“Russia has gotten to the list of countries holding promise in terms of international investments and ruble is one of the most promising currencies,” Dmitriyev said on the eve of the forum. “In discussions on the sidelines, interest in them will be highlighted again and will hopefully bring more money into the country.”