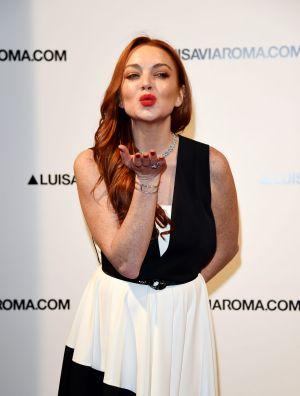 Mary Ward
Lindsay Lohan has left her Instagram followers confused after she deleted every picture she had posted on the app, leaving them with only an Arabic message of peace.

The former child star – who between her nightclub ownership, accent shift and humanitarian trips to Syria has kept her fans guessing about her next move –  purged her social media presence earlier this month.

After deleting all of her Instagram photos, Lohan updated her bio to read, “Alaikum salam” (“peace be unto you”), an Arabic greeting used both socially and in Islamic ceremony.

Speaking to Us Weekly, a rep for the Freaky Friday actress did not make any comment on whether there was a religious motivation behind her words, saying their client had entered a “period of renewal” and “has been making positive changes in her life”.

“I am so excited for this new chapter in my life!” Lohan told the publication in an additional statement.

The shift in social media presence came less than a week after the actress posted a poem to her account, which included the line, “I cannot help but want to fix all of these idle ISIS minds.”

In adulthood, Lindsay Lohan has well and truly left acting, and the Hollywood lifestyle, behind.

She moved to London in 2012, falling in with a crowd of Saudi and Russian businesspeople.

Lohan became engaged to Russian millionaire Egor Tarabasov during her time in the city. However their engagement ended last year, after pictures of the pair fighting publicly emerged and Lohan alleged he had been physically abusive towards her.

It is rumoured that, after a number of years in the UK, the actress is now based in Dubai.

In the latter half of last year, Lohan stepped up her humanitarian efforts in Turkey, touring camps and hospitals hosting Syrian refugees.

She was photographed wearing a headscarf while speaking to the media at a “container town” slum hosting refugees in Gaziantep, Turkey.

The actress revealed she was learning Arabic last year, after a video of her speaking with an accent quite different to her usual US one went viral.

“It’s a mixture of most of the languages I can understand or am trying to learn,” she told the Daily Mail of her new accent, which was discovered in a tape of an interview the Long Island native gave at a nightclub opening in Greece, last November.

“I’ve been learning different languages since I was a child. I’m fluent in English and French, can understand Russian and am learning Turkish, Italian and Arabic.”

In a 2015 interview on Turkish television, Lohan expressed admiration for the Quran, which she has been photographed holding in pap shots.

“My very close friends, who have been there for me a lot, in London are Saudi and they gave me the Quran and I brought it to New York because I was learning,” she said.

“It opened doors for me to experience spiritually, to find another true meaning. This is who I am.”