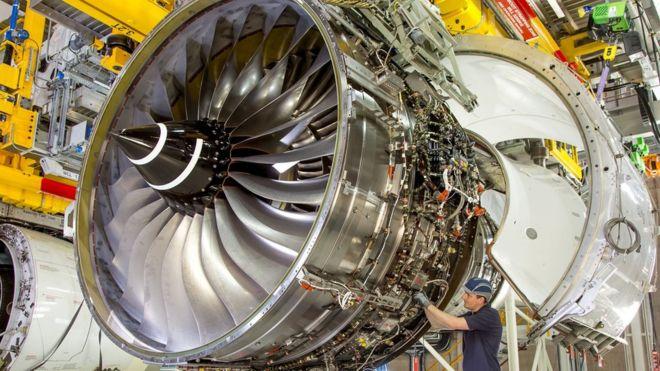 Rolls-Royce has agreed to pay £671m to settle bribery and corruption cases with UK and US authorities.

The aerospace firm is set to pay £497m plus costs to the Serious Fraud Office (SFO), which started investigating claims in 2012 of wrongdoing overseas.

At the time, the SFO asked the firm for information about possible bribery in China, Indonesia and other markets.

A further settlement would see it pay $26m (£21.5m) to Brazilian regulators, it added.

Rolls-Royce, one of the UK’s biggest manufacturing exporters, makes engines for military and civil planes, as well as for trains, ships, nuclear submarines and power stations.

“These are voluntary agreements which result in the suspension of a prosecution provided that the company fulfils certain requirements, including the payment of a financial penalty,” the firm said.

It added that concerns about bribery and corruption were passed by the firm to the SFO in 2012, but it did not give further information on which countries were involved.

Some of the allegations dated back more than 10 years.

They involved Rolls-Royce’s “intermediaries”, which are local companies that handle sales, distribution, repair and maintenance in countries where the British firm does not have enough people on the ground.

The SFO confirmed it had reached a deferred prosecution agreement (DPA) with Rolls-Royce, which would be subject to approval by a court on Tuesday.

It is only the third such agreement that the SFO has struck since they were first introduced into UK law in 2014.

They allow organisations to pay huge penalties, but avoid prosecution, if they freely confess to economic crimes such as fraud or bribery.