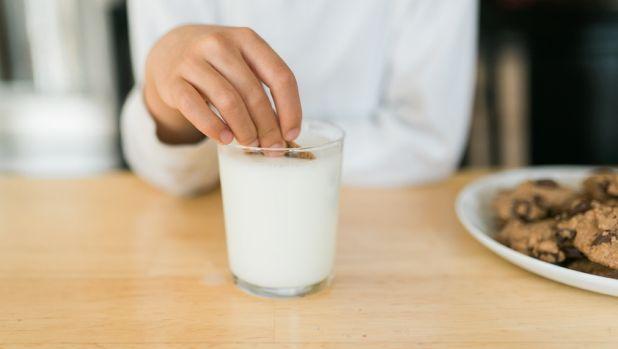 But Neiwirth, 35, doesn’t eat any of those foods herself – not the conventional versions, anyway. She’s one of the 3.1 million Americans (and 1.8 million Australians) who follows a gluten-free diet, even though she tested negative for coeliac disease.

Such people are called “PWAGs,” in the medical jargon: “people without celiac disease avoiding gluten.” They’re often stigmatized as faddish foodies or placebo-addled hypochondriacs who don’t understand the science behind a serious health problem. According to a new study published this month in the journal Mayo Clinic Proceedings, their number tripled between 2009 and 2014, while the number of cases of coeliac disease stayed flat.

But there’s growing evidence that severe gluten sensitivities exist outside the realm of coeliac disease. And researchers simply don’t know how many of the people following a gluten-free diet may actually have a legitimate health complaint – as opposed to a baseless fear of all things gluten, or a misplaced desire to lose weight.

“We have no real inkling from our results,” said Joseph Murray, a celiac researcher at the Mayo Clinic and one of the authors of the new research. “We didn’t think to ask why people avoid gluten. When we designed this study 10 years ago, no one avoided gluten without a coeliac diagnosis.”

Today, according to Murray’s research, some 3.1 million Americans do just that. His study derived from data gathered as part of the government’s National Health and Nutrition Examination Survey, as well as serological tests.

Part of the increase doubtlessly relates to growing awareness of issues like coeliac disease and gluten sensitivity. Coeliac disease, a chronic autoimmune disorder that impacts both the digestive tract and other parts of the body, is caused by an intolerance of gluten, an otherwise benign mix of proteins found in wheat, rye, barley and some other grains. It’s diagnosed through both a blood test and a biopsy of the small intestine, which – in people with coeliac disease – is often damaged and inflamed.

Prior to 2009, rates of diagnosed coeliac disease climbed steadily in the US, as doctors and patients became more familiar with the diagnosis. But in the more recent past, Murray and his colleagues found, the total number of celiac cases has levelled off, perhaps because physicians and patients are now well-aware of the disease.

What is still increasing is the number of people who have abandoned gluten for different reasons: how many have done so because it’s trendy or because they have a real allergy, researchers aren’t quite sure. Benjamin Lebwohl, the director of clinical research at Columbia University’s Celiac Disease Centre, estimates that more than half of the 3.1 million PWAGs observed in this latest study have a legitimate, non-celiac gluten sensitivity – a phenomenon that has only emerged in the past five years in the medical literature.

“An increasing number of people say that gluten makes them sick, and we don’t have a good sense why that is yet,” Lebwohl said. “There is a large placebo effect – but this is over and above that.”

Patients with these sensitivities frequently experience intestinal problems, as well as fatigue, stomachaches and a sense of mental fogginess. And while researchers don’t understand the underlying mechanism, clinical studies have shown symptoms in many patients are relieved by the switch to a gluten-free diet.

It’s thought that gluten may play some role in inflammation, although that hasn’t been proven. It’s also possible that when people cut gluten from their diet, they also inadvertently cut out other irritants and allergens. There’s a lot of interest lately in FODMAPS, a class of carbohydrates that have been shown to cause gastrointestinal symptoms and that are present in large quantities in wheat: a low-FODMAP diet involves cutting out foods such as conventional bread, pasta, milk, onions and cheese.

In the absence of diagnostic clarity, most people who suspect they have a non-coeliac gluten sensitivity confirm the finding with an inexact test. They eliminate gluten from their diet, and see if their symptoms improve after that.

Some researchers have pointed out that such a subjective measure inherently leads to overdiagnosis. It can also be harmful, if a patient undertakes it on her own. (Among other things, including the risk of weight gain and nutritional deficiencies, it becomes impossible to test for coeliac disease after someone’s already given up gluten.)

But for Neiwirth, the process worked. For 15 years, beginning in high school, she got sick after every meal; she felt no better after eliminating spicy foods, beans and other suspected triggers from her diet, and she tested negative for coeliac. Around her 30th birthday, a new doctor suggested she trial a three-week gluten-free diet anyway and monitor how she felt.

Within days, Neiwirth found, “95 per cent” of her symptoms vanished; she hasn’t eaten gluten in the five years since.

“I suffered for so long,” she said. “And that whole time, there was an easy solution.”

Of course, there are other reasons that people go gluten-free – and while Murray suspects a “significant number” in his sample had non-coeliac gluten sensitivities, he said more research will be needed to nail down the exact figures.

Some people stop eating gluten, for instance, to accommodate the diets of their gluten-sensitive spouses or children. Even more have latched onto the popular belief that gluten-free diets promote weight loss, athletic performance and other generalised health benefits – even though research has repeatedly established that such claims are pseudoscience.

Whatever the motivations of the PWAGs, Lebwohl said, he’s hopeful that their growth will spark more discussion of the complex questions that still surround gluten intolerance. As hot as gluten-free has gotten in the past 10 years, the research behind non-celiac gluten sensitivity remains “tremendously uncertain.”

“The science is in its infancy still,” Lebwohl said. “We need to take these patients seriously in order to nail down their problems.”