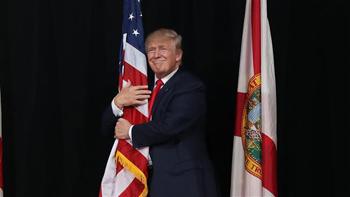 The Ghostlight Project: More than 100 theatrical organizations are holding actions in front of theaters and art spaces nationwide to “protect the values of inclusion, participation and compassion.” In San Francisco, a ceremonial illumination of electric candles and mobile phones, and a short program with speakers will be held at 5:30 p.m. outside the Geary Theater, 415 Geary St.

The 48-Hills Pre-Trumpocalypse Happy Hour: A fundraiser for alternative media will be held from 6 to 8:30 p.m. at the Stud Bar, 399 Ninth St., San Francisco.

Love Trumps Hate: The Throwback Party for America: A ticketed dance party at 9 p.m. at the Rickshaw Stop at 155 Fell St., San Francisco. All proceeds go to Planned Parenthood, the Council on American-Islamic Relations, La Raza Centro Legal and Earthjustice.

Oakland protests: Demonstrators plan to gather at 7 a.m. outside the Ronald Dellums Federal Building, 1301 Clay St. Teach-ins and workshops start at 9 a.m. at Frank Ogawa Plaza, 14th Street and Broadway. At noon, a labor-themed rally and march will be held at Latham Square, Broadway and Telegraph Avenue.

San Francisco protests: A rally and march will be held from 8 a.m. to 1 p.m., starting at Justin Herman Plaza and continuing into the Financial District. An evening rally is scheduled for 5 p.m. at U.N. Plaza.

Bridge Together Golden Gate: Participants will form a human chain across the Golden Gate Bridge in a “peaceful demonstration and performance art piece” beginning at 10 a.m.

Marin protests: Marchers will gather at 1 p.m. at Creek Park at the Hub in San Anselmo and at Pickleweed Park in San Rafael, then join up for 3 p.m. rallies at San Rafael City Hall and the B Street Community Theater, 618 B St.

Just Sitting on Inauguration Day : An afternoon of sitting and walking meditations, hosted from 1 to 5:15 p.m. by the San Francisco Zen Center, 300 Page St.

Sidewalk protests: A protest will be held from noon to 1 p.m. along El Camino Real in all Peninsula and South Bay cities.

Not Our President with Hadley & the Hippies and Los Bros: Speakers, poetry readings, live music and a dance party at Ashkenaz, 1317 San Pablo Ave., Berkeley. The event begins at 8 p.m. and tickets are $15.

Grace For All: A meet-up for marchers joining the Women’s March in San Francisco, at 2 p.m. at Grace Cathedral, 1100 California St.

Women’s March Bay Area: As part of the national Women’s March movement, events will be held in several Bay Area cities. In San Francisco, a 3 p.m. rally at Civic Center Plaza will be followed by a march at 5 p.m. to Justin Herman Plaza. A march in Oakland begins at 10 a.m. in Madison Park at Eighth and Jackson streets. In San Jose, a march will begin at 10 a.m. at City Hall, 200 E. Santa Clara St. In Walnut Creek, marchers will gather at 10:30 a.m. at Civic Park, 1375 Civic Drive, and walk to the Walnut Creek BART Station. In Napa, marchers will gather at 10 a.m. at the Oxbow Public Market parking lot on First Street and walk to Veterans Memorial Park, Third and Main streets.