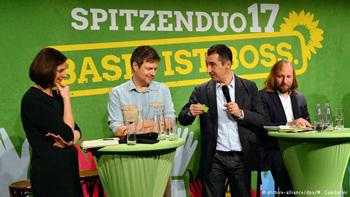 Green party regulations state that members always elects two candidates to lead it into the German parliamentary elections, at least one of whom must be female. That meant Göring-Eckardt’s nomination had already been de facto guaranteed.

Ahead of the last German parliamentary elections in 2013, the Greens set their stall out for a coalition with the Social Democrats. That course, however, led the party to a disappointing 8.4 percent of the vote – comfortably over the five percent hurdle required for a place in the German parliament, although not enough to form part of government.