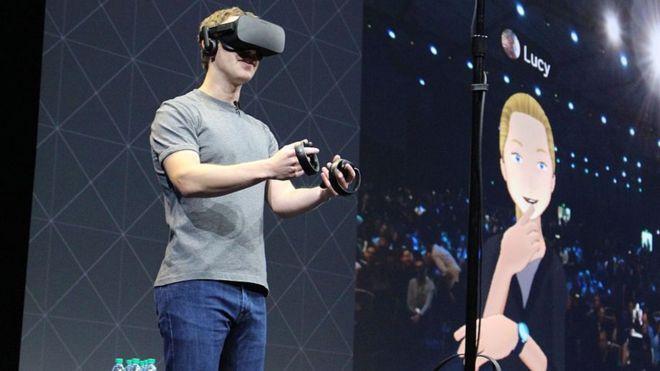 A day’s worth of questioning in the Dallas courtroom yielded few surprises, other than confirmation that Facebook’s deal to buy VR company Oculus was even more expensive than first publicised.

As well as the $2bn (£1.6bn) fee announced back in 2014, another $1bn was paid out in order to keep key staff on the Oculus team and to provide incentives.

The 32-year-old, who has also used his time in Dallas to visit community groups, appeared to have little patience for the claims made by Zenimax, the company that alleges its software was stolen in order to make Oculus a success.

“It’s pretty common when you announce a big deal that people just come out of the woodwork and claim they own some part of the deal,” he told the court after being called as a witness.

“The idea that Oculus products are based on someone else’s technology is just wrong.”

Zenimax, owner of id Software, is suing Facebook for $2bn. It alleges that John Carmack, co-founder of id, took intellectual property belonging to Zenimax when he left the firm to join Oculus as its full-time chief technology officer.

Mr Carmack is a legend in the games industry, responsible for pioneering the “first person shooter” genre with titles such as Doom and Quake.

Zenimax also alleged that evidence supporting its claims was destroyed.

The arguments are split like this: Facebook says the Oculus team is responsible for creating innovative hardware – its Rift headset – and bringing virtual reality to the masses.

But Zenimax says the Oculus team wouldn’t have been able to do any of that were it not for its help in the early stages in developing the software that made the headset capable of doing anything.

Mr Zuckerberg, in testimony which took up most of the day’s session, disputed the significance of Zenimax’s role in the early days of Oculus.

“Like most people in the court, I’ve never even heard of Zenimax before,” he said.

This may play into the hands of the prosecution, however.

Lawyers for Zenimax accuse Facebook of not carrying out due diligence when purchasing the company. The huge deal apparently happened very quickly over a single weekend.

Much of Mr Zuckerberg’s appearance on the stand – his first time testifying in a court room – was spent discussing his views on the future of virtual reality.

He told the court room he had filmed the first steps of his daughter, Max, in VR as it was the best way to capture such a moment.

However he added that the technology wasn’t “fully there yet”. At recent events, Mr Zuckerberg has outlined how he sees virtual reality as an integral part of the network’s 10-year strategy.

The trial, into its fifth day, is expected to last around three weeks.

Later this week it is expected that Palmer Luckey, the co-founder of Oculus, will be called to the stand. The 24-year-old stirred controversy last year when it emerged he was funding an online trolling campaign supporting Donald Trump.