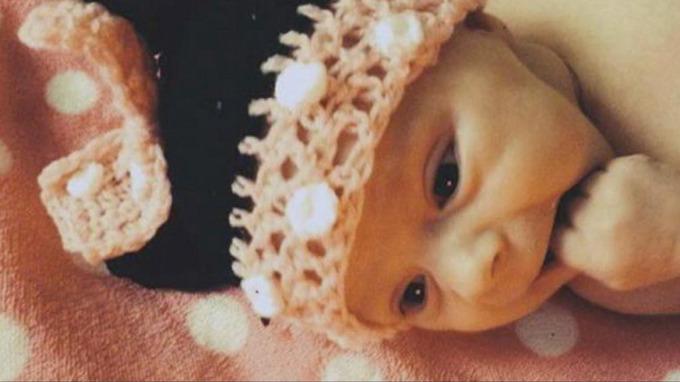 A paramedic with over 30 years of experience has broken down in court while giving evidence during the trial of a father accused of murdering his three-month-old baby daughter.

Little Caragh Walsh died nearly three years, on 7 February 2014 – two days after being rushed to hospital from her Glasveigh Park home in the Twinbrook area of west Belfast.

Her father Christopher O’Neill, aged 26 and from the Whiterock Road, is accused of murder.

He denies the charge.

During Tuesday’s proceedings at Craigavon Crown Court, sitting in Armagh, the rapid response paramedic called to the house described finding the baby girl “glassy-eyed” and lying on a settee.

He recalled immediately realising that she was not breathing.

Breaking down and having to regain his composure, he apologised and then said that he had unfortunately come to know the look of the child over the years and described starting a resuscitation attempt right away.

Earlier, Toby Hedworth QC opened the prosecution case by telling the court that baby Caragh had been left alone in her father’s care on the day in question.

Within half-an-hour or so, a distressed sounding O’Neill was making a 999 call for help because she had stopped breathing, the court heard.

Later, the paramedic revealed that he had been just moments away when the 999 call came in and he arrived at the house to find O’Neill “distressed and agitated” outside.

Given the baby’s condition, he radioed for assistance and when the ambulance arrived, it was decided to immediately rush her to the Royal Children’s Hospital and to notify them of their coming.

The court was told that, on the journey, a concerned O’Neill kept asking the ambulance staff questions about his daughter’s condition and if she was going to be all right.

The paramedic said that he later overheard O’Neill talking to a female consultant in the hospital and that O’Neill had “indicated” he had shaken baby Caragh – that he had been holding her “at chest height and that he may have given a slight shake, not a rattling or extreme shake”.

Under cross-examination from defence lawyer Patrick Lyttle QC, the medic accepted it had been upsetting and that O’Neill was in an extremely distressed state, such as any father worried about an injured child.

The medic also accepted that, despite working on the infant for some time, he noticed nothing unusual about her appearance, or any cuts or bruises.

The version of events as put forward by Mr O’Neill does not constitute a plausible cause of the injuries which Caragh received.

The court heard that O’Neill was in the dock because it was the prosecution case, not that he intended to kill his daughter, but because he may have momentary lost his temper and shook her.

The prosecution believes that may have caused her traumatic injuries – “the sort of injuries that cannot be caused by a baby herself accidently”.

The prosecution barrister said that O’Neill had claimed, on differing occasions, that he had just lifted the 14-week-old toddler and shook her in an attempt to revive her.

He said a sleeping Caragh – known by the family to have a “sore cry, a painful cry” had woken up with “a jump” and started to have breathing problems.

The court heard that O’Neill later told police he had “panicked” and shook her about three times in an effort to get a response and that he even tried to revive her by breathing into her mouth and by attempting to force-feed her with her bottle.

However, the prosecution said that the condition of the once healthy baby deteriorated and she later died – and that subsequent post mortem investigations revealed that the infant not only suffered injury to her brain, but she also had a number of fractured limbs and bruises.

The court was told they were not consistent with limited shaking, but were more akin to swinging by the arms and legs and with impacts on the child’s head.

Earlier, Mr Hedworth said: “Perhaps he (O’Neill) had snapped because she was crying and he could not get her to settle – only he knows that.”

But he concluded by telling the jury it was not suggested that O’Neill intended to kill his baby daughter, but that – being unable to quieten her – he “must have lost self-control” and that he caused the catalogue of injuries identified by the pathologists.

The trial, expected to last up to three weeks, continues.