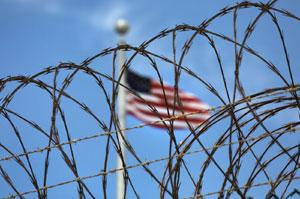 Forty-five detainees remain at the facility

Administration officials had long insisted that the president was continuing to work toward closing the facility even when it became obvious that it would no longer be possible for practical reasons before President-elect Donald Trump takes office Friday.

White House spokesman Josh Earnest told reporters that the administration determined it wouldn’t happen when they realized they did not have enough time left to comply with the 30-day deadline for notifying Congress in advance of a detainee transfer.

“At this time, I don’t anticipate that we will succeed in that goal of closing the prison,” Earnest said. “But it’s not for a lack of trying, I assure you.”

Over the weekend, the U.S. transferred 10 low-level detainees from Guantanamo to Oman. Eight were from Yemen and two from Afghanistan, including an insurgent, Abdul Zahir, who was accused of possessing a white substance suspected to be a chemical or biological weapon but that turned out to be salt and sugar, according to his lawyer, Air Force Lt. Col. Sterling Thomas. All were deemed eligible for release after authorities determined they no longer posed a threat.

Their release lowered the number of detainees to 45, with a few more releases expected in the administration’s final days.

Trump said during the campaign that he not only wants to keep Guantanamo open but “load it up with some bad dudes.” Earlier this month, he said there should be no further releases of men he called “extremely dangerous people.”

The U.S. began using its military base on southeast Cuba’s isolated, rocky coast to hold prisoners captured after the Sept. 11, 2001, attack and at the start of the war in Afghanistan. At its peak, the facility held nearly 680 detainees. It was down to 242 when Obama took office in 2009, pledging to close what had become a source of international criticism over the treatment of detainees and the notion of holding people indefinitely, most without charge.

Congress thwarted Obama’s effort to close the detention center with restrictions on transfers, including the requirement of a 30-day notice, and a ban on moving detainees to the U.S. for any reason, including trial. The administration launched a case-by-case review process to winnow down the population, moving 193 prisoners to 42 countries for repatriation, resettlement or prosecution.

Earnest blamed politics for failing to close the detention center, which he called a waste of money and “recruiting tool” for terrorists. “Members of Congress in both parties, frankly, played with this issue,” he said.

Human rights groups and others who have called for the closure of the detention center have criticized Obama for not acting forcefully enough to shutter it at the start of his administration.

Tom Wilner, a Washington lawyer who helped secure the right of detainees to challenge their detention, hopes Trump will take a fresh look at the situation.

“I think if he looks at the facts objectively he will really see that Guantanamo really is a bad deal for America,” Wilner said. “There’s no benefit to it, it’s grossly expensive and it hurts our reputation.”