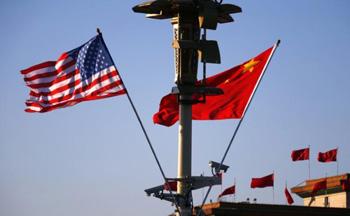 More than 80 percent of members of a U.S. business lobby in China say foreign companies are less welcome than in the past, a survey released on Wednesday showed, with most saying they have little confidence in China’s vows to open its markets.

The American Chamber of Commerce in China’s annual survey reinforces growing pessimism in the foreign business community, as it grapples with a slowing Chinese economy and complains of increasing protectionism.

Business circles are particularly concerned over the future of U.S.-China commercial ties as President-elect Donald Trump prepares to take office, having pledged to brand China a currency manipulator and threatened to impose tariffs on its goods.

“More companies are slowing investments and deprioritising China as an investment destination due to slowing growth and increased concerns over barriers to market entry, the regulatory environment, and rising costs,” the chamber said.

If China took action, including removing “discriminatory barriers” to foreign-invested companies and investment restrictions, the chamber’s members would “significantly increase investment”, it said.

The share of companies that identified China as a top three global investment priority dropped to 56 percent this year, compared with a peak of 78 percent in 2012, the chamber said, calling it a record low.

Eighty-one percent of the 462 companies included in the survey, among them U.S. and multinational firms, said foreign business was less welcome in China than in the past, up from 77 percent in 2016.

Foreign businesses in China, as well as foreign governments, have long complained about a lack of market access in China and restrictive policies that run counter to its pledges to free up markets.

Though President Xi’s speech at the WEF in Davos painted a picture of China as a “wide open” economy, more than 60 percent of the chamber’s members had “little or no confidence that the government is committed to opening China’s markets further in the next three years”.

Respondents estimated on average that China’s economic growth for 2017 would be 6.1 percent, below what sources have told Reuters would be a government target of around 6.5 percent.

The survey, with responses compiled both during and after Trump’s November election victory, showed 72 percent of members felt that positive U.S.-China relations were “critical” to business, but only 17 percent thought they would improve in 2017.

Chamber chairman William Zarit said some of its members would go to Washington in early February, months ahead of an annual lobbying trip, to engage with the Trump administration.

“We certainly are not going there to lecture the administration, but we are there to share our ideas on … a more constructive path forward,” Zarit said at a briefing on the survey.

China has warned that it will be tough for its foreign trade to improve this year, especially if a Trump administration and other political changes limit export growth.