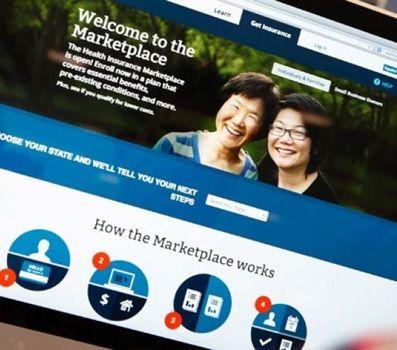 The number of voters who want Obamacare completely repealed is at a new low — as is the number who wants to keep it as is.  And for the first time, more favor expanding the law than killing it entirely.

Yet a new Fox News Poll also finds a majority continues to favor at least partial repeal of the health care law.

The poll, released Thursday, finds 57 percent of voters favor doing away with all (23 percent) or parts of Obamacare (34 percent).  On the other hand, 41 percent would expand it (28 percent) or leave the law as is (13 percent).

Thirteen percent, a new low, say leave Obamacare in place just as it is.

The shift comes from both sides.  In the new poll, 46 percent of Republicans want complete repeal.  That’s down 14 points since 2015.  Among Democrats, support for expanding Obamacare is up 15 points to 52 percent.

Almost all of those voters who backed Trump in the election want the law repealed entirely (50 percent) or in part (45 percent), while most Hillary Clinton voters would rather see the law expanded (52 percent) or left as is (22 percent).

Positive views of the health care law are up:  50 percent of voters have a favorable opinion, up from 41 percent in August 2015.  Unfavorable opinion stands at 46 percent, down from 54 percent.

Those most likely to have a favorable view of Obamacare include voters with annual household income under $50,000 (55 percent favorable), those under age 30 (62 percent), non-whites (73 percent), and Democrats (88 percent).

If Obamacare were repealed, large majorities think it should only happen after a replacement plan is implemented (82 percent), and that it be replaced with something new (74 percent) rather than going back to the system that was in place in 2009.

That’s something partisans on both sides can agree on: roughly three-quarters of Democrats (77 percent) and Republicans (73 percent) think the law should be replaced rather than going back to the old system.
Republicans have long promised to repeal Obamacare and are well-positioned to make that happen now that they control both houses of Congress and the White House.  The U.S. House of Representatives and the U.S. Senate recently passed budget measures that are considered the first steps in the process.

Meanwhile, by a 56-41 percent margin, voters believe it is the responsibility of the federal government to make sure all Americans have health care.

Ninety percent of Democrats think it’s the government’s job — more than four times the number of Republicans (20 percent) who feel that way.

The Fox News poll is based on landline and cellphone interviews with 1,006 randomly chosen registered voters nationwide and was conducted under the joint direction of Anderson Robbins Research (D) and Shaw & Company Research (R) from January 15-18, 2017.  The poll has a margin of sampling error of plus or minus three percentage points for all registered voters.