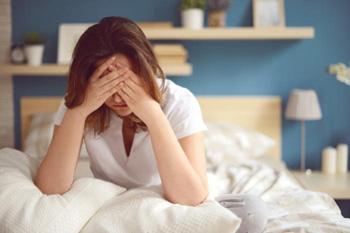 Estrogen plays an important and well-known role in the sexual growth and development of a woman. New research suggests that its additional role could be protecting the female brain from trauma.

An existing body of research seems to suggest that women are more prone to developingpost-traumatic stress disorder(PTSD) than men, despite the fact that they tend to experience fewer traumatic events than males.

A new study – performed by researchers from Emory University School of Medicine in Atlanta, GA, in collaboration with Harvard Medical School in Massachusetts – indicates that the sex hormoneestrogen might play a critical role in PTSD development. The study’s first author is Stephanie Maddox, Ph.D., a postdoctoral researcher at Harvard’s McLean Hospital.

Apart from estrogen’s well-known part in the sexual maturation of the female body and its critical role in reproduction and pregnancy, some studies – such as those referenced by Maddox and team – have inventoried further physiological effects of the hormone.

For instance, different levels of estrogen have been associated with differences in the brain’s response to stress via the hypothalamus, pituitary gland, and adrenal glands.

According to other studies, women who had experienced trauma seemed to have more trauma-related flashback episodes in the mid-luteal phase of their menstrual cycle. Themid-luteal phase occurs roughly a week after ovulation, a time when the female body produces more progesterone and less estrogen.

Based on this existing research, Maddox and team hypothesized that individual variations in the brain’s response to estrogen levels could affect fear regulation and contribute to PTSD risk in women.

Studying the link between estrogen levels and psychological trauma

The researchers therefore set out to investigate how estrogen changes gene activity in the brain, and the findings were published in the journal Molecular Psychiatry.

Maddox and team examined blood samples from 278 females enrolled in the Grady Trauma Project (GTP). The GTP is a large-scale study that investigates the role of genetic and environmental factors in the development of PTSD among low-income, African-American females.

Maddox and team approached GTP women of both childbearing age and menopausal age who had been exposed to violence and abuse, and asked them if they were willing to participate in their study, which consisted of blood tests and an interview.

The researchers collected the blood in EDTA and Tempus tubes – used for DNA and RNA extraction, respectively. They then assessed DNA methylation, which is an epigenetic mechanism that modifies the DNA in a way that suggests that some genes are “turned off.”

The researchers found that the levels of serum estradiol – a form of estrogen – were associated with DNA methylation across the genome.

Alicia Smith Ph.D. – co-author of the study, and associate professor and vice chair of research in the Department of Gynecology and Obstetrics at Emory University School of Medicine – explains what led to the discovery of a single gene that is associated with the brain’s fear response, which was found to be affected by estrogen levels.

“We knew that estrogen affects the activity of many genes throughout the genome,” says Smith, “but if you look at the estrogen-modulated sites that are also associated with PTSD, just one pops out.”

The site she refers to is in HDAC4, a gene that encodes histone deacetylase 4 and is known to be involved in learning, long-term memory formation, and behavior.

The study found that methylation of the HDAC4 gene was higher in PTSD patients than in controls, and also that higher methylation correlated with lower estradiol levels. These results were also linked to the women’s response to fear.

Women with HDAC4 gene variation displayed higher resting-state connectivity between the amygdala and the cingulate cortex of the brain. These two brain areas are involved in fear memory formation.

Finally, the researchers performed experiments in mice to see if their findings would replicate in rodents.

This suggests that estrogen can protect against the formation of PTSD. The authors add that in addition to its role in modulating the fear response, previous studies have also suggested that estrogen alters pain perception.

Smith also notes that their findings suggest that estrogen could be used as a preventive treatment for PTSD.