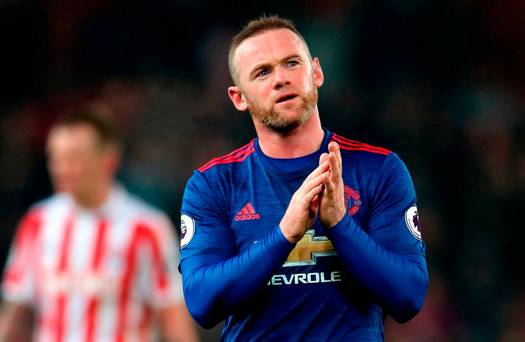 Manchester United manager Jose Mourinho has surprisingly confirmed that he would allow Wayne Rooney to leave the club if he wants to secure a lucrative move to China.

Rooney became United’s all-time record goal scorer as he fired his 250th goal for the club in the 1-1 draw against Stoke on Saturday, yet Mourinho has now suggested he would not stand in his way of his No.10 if he decided to move to China.

Several Chinese clubs have been linked with a move to sign Rooney in recent months, with Mourinho suggesting the 31-year-old striker should consider an offer if it came his way.

“I don’t know, it’s up to him,” stated Mourinho as he was quizzed on the rumours linking Rooney with a move to the Chinese Super League.

“I know some of my colleagues think they are more important than they are and think they can interfere in the lives of other people, but I’m not that sort of guy.

“Everybody is responsible for their own life. I’m not critical with anyone.”

Mourinho went on to confirm he has not spoken to Rooney about the prospect of a move away from United, as he suggested players who accept the huge money on offer from China should not be chastised for walking away from European football.

“To be honest, in Wayne’s case, I have no idea because he has never mentioned it to me. You will have to ask him

“I repeat, he reaches a certain level in his career when it is up to him. Could anyone have been critical of Zlatan if last summer he decided to go to China or USA, one guy who has had an amazing career?

“It is the same with Wayne. He owns his career. It is him, his family and his decision, but of course, yes, I see him making an important contribution for us.”