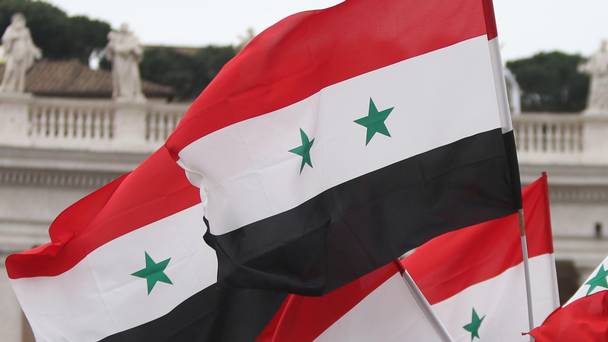 A joint effort to end the war in Syria by Russia, Turkey and Iran enters a new phase on Monday with peace talks in Kazakhstan that leave the U.S. on the sidelines.

Syrian officials and representatives of armed opposition groups will meet in the Kazakh capital, Astana, for negotiations hosted by the three powers. The talks follow a cease-fire in Syria brokered by Russia and Turkey late last month that has continued to hold in most areas, in contrast to earlier U.S.-Russian attempts. It’s still not clear if the negotiations will be face to face, which would mark the first time the two sides have met directly.

The U.S. is now “marginal to the war” in Syria and, as observers to the Astana initiative, this will “not prevent the Turks and the Russians coming to and implementing an agreement,” said Faysal Itani, an analyst with the Atlantic Council in Washington.

Amid deteriorating relations with the Obama administration over a failed peace effort in September, Russia seized the diplomatic initiative in Syria after its forces helped President Bashar al-Assad to expel rebel fighters from Aleppo, the country’s largest city, last month. The taking of the city was a turning point in the six-year civil war, which has killed more than 300,000.

The Astana talks are part of a jointapproach announced in Moscow last month by Russia, Turkey and Iran, the three countries with forces on the ground in Syria. While Russia and Iran support Assad’s regime, Turkey — a key backer of the armed groups opposing the Syrian leader — helped to negotiate the truce accord signed by seven Islamist groups representing 62,000 fighters and the Damascus government.

The agreement excluded Islamic State and the al-Qaeda affiliate in Syria because the UN Security Council has declared them terrorist organizations.

While the U.S. had been left out, Russian Foreign Minister Sergei Lavrov said last week that aides to new President Donald Trump have been invited to Astana. The U.S. ambassador to Kazakhstan will attend the talks as an observer.

“The center of gravity in the Syrian conflict is moving away from great powers to regional players” including Iran, Turkey and the other rebel backers Saudi Arabia and Qatar, said Andrey Kortunov, director general of the Russian International Affairs Council, a research group set up by the Kremlin.

“A lot will depend on whether there is a chance to bring all these players together and whether a country like Russia might play an instrumental role in that,” he said.

Underlining the role of the Astana meeting, UN Secretary-General Antonio Guterres asked his special envoy to Syria, Staffan de Mistura, who is due to resume peace talks next month in Geneva, to participate. Guterres views the Astana initiative as a “positive step,” his spokesman Stephane Dujarric said.

The involvement of Syrian armed groups at the meeting contrasts with past abortive rounds of UN-led talks, though their chief negotiator — a senior figure in the Army of Islam — also led the main opposition delegation in Geneva last year. Another influential militant organization, Ahrar as-Sham, declined to attend the Astana summit citing cease-fire violations by the government and its allies.

Iranian Deputy Foreign Minister Hossein Jaberi Ansari, speaking after a preparatory meeting with Turkish and Russian officials on Sunday in Astana, said Iran was “optimistic” about the negotiations even though there are “some difficulties.” Russia’s special envoy to Syria, Alexander Lavrentiev, said “everyone understands the need for a peace settlement.”

The talks, which are expected to last several days and lead to a joint statement signed by the Syrian government and opposition, aim to cement the truce and pave the way for political dialogue, Russian officials say.

“That would be a big achievement if it happened,” said Bassma Kodmani, a leader of the High Negotiations Council, the main Syrian opposition bloc. “Turkey and Russia are two decisive players on the ground, but there is one player — Iran — with which it’s much more difficult to know if there is any interest in a cessation of hostilities and a political process.”