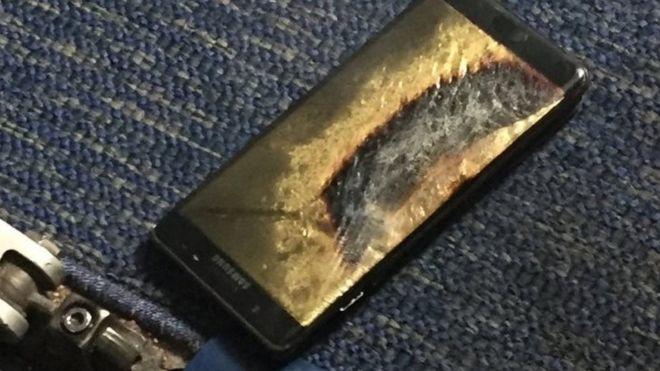 Samsung’s probe into its Galaxy Note 7 fiasco has found that the overheating and burning of the phones was caused by defective batteries.

The firm had axed its iPhone rival in October last year after an earlier botched recall and re-release.

On Monday, Samsung said that neither software nor hardware other than the batteries were at fault.

The recall is thought to have cost $5.3bn (£4.3bn) and was hugely damaging for the South Korean firm’s reputation.

Internal and independent investigations “concluded that batteries were found to be the cause of the Note 7 incidents”, the South Korean technology giant said in a statement.

The company said that errors both in design and manufacturing affected batteries by two different manufacturers.

According to the findings the problems centred on insufficient insulation material within the batteries and a design that did not give enough room to safely accommodate the batteries’ electrodes.

Samsung said it was “taking responsibility for our failure to ultimately identify and verify the issues arising out of the battery design and manufacturing process”.

Launched in August 2016, Samsung’s Note 7 device was marketed as a large-screen top-end device and positioned as a rival to Apple’s iPhone.

In September though, Samsung had to recall about 2.5 million phones after complaints of overheating and exploding batteries.

The firm insisted that all replaced devices were safe. However, that was followed by reports that those phones were also overheating.

The company said there would be no repeat of the fires in future devices such as the upcoming S8.

“We look forward to moving ahead with a renewed commitment to safety. The lessons of the past several months are now deeply reflected in our processes and in our culture.”

The firm also said it will not unveil its upcoming Galaxy S8 phone at the Mobile World Congress, suggesting the flagship model’s launch may be later in the year than its 2016 version.

The head of the firm’s smartphone business, Koh Dong-jin said the phone would not get a launch event at the event in Barcelona later in February unlike previous Galaxy S smartphones.