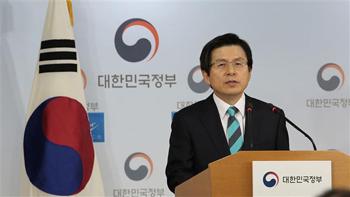 South Korea says it cannot delay the deployment of an American missile system in the face of the “imminent” threat posed by North Korea’s advancing nuclear and ballistic missile programs.

Pyongyang “has been expanding its nuclear capabilities… as well as repeating test-launching of its rockets. Now, it is an imminent threat,” Acting South Korean President Hwang Kyo-ahn said on Monday.

South Korea and its ally the United States have agreed to have the Terminal High Altitude Area Defense (THAAD) system deployed on Korean soil soon. They claim that the purpose for deployment is to protect the two countries from North Korean missile threats.

North Korea and its ally China, meanwhile, believe the THAAD deployment is meant to expand US hegemony. They also believe that the deployment of the US missile system on the Korean Peninsula would destabilize the region’s security by upsetting the military status quo.

“If the United States and South Korea harm the strategic security interests of countries in the region, including China, then they are destined to pay the price for this and receive a proper counter attack,” a top Chinese paper warned last year.

The THAAD system has been designed to intercept missiles inside or just outside the atmosphere during their final phase of flight.

The decision to have the system installed in South Korea has also sparked opposition both among South Korean citizens and lawmakers.

North Korea, which is under international sanctions for its nuclear and ballistic missiles activities, has repeatedly announced that it will stop its nuclear and missile programs when Washington ends its hostile posture toward Pyongyang.