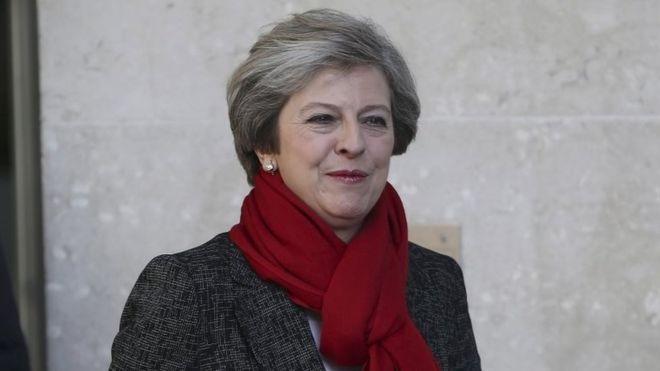 The prime minister is to unveil a new, more interventionist, industrial strategy on Monday, designed to boost the post-Brexit UK economy.

The government will be “stepping up to a new, active role,” Mrs May said.

She will launch the new strategy at her first regional cabinet meeting, to be held in the north-west of England.

Business leaders welcomed the plan which will focus on “sector deals” in areas such as life sciences and low emission vehicles.

A green paper will set out ways the government can provide support to businesses by addressing regulatory barriers, agreeing trade deals and helping to establish institutions that encourage innovation and skills development.

Smart energy, robotics, artificial intelligence and 5G mobile network technology are some of the areas that could receive support through a new Industrial Strategy Challenge Fund, according to Downing Street.

The fund is part of £4.7bn in additional funding for research and development first announced in November.

Welcoming the new strategy, the director-general of the CBI, Carolyn Fairbairn, said boosting productivity should be the priority as well as addressing regional imbalances but said the new strategy provided a “landmark opportunity”.

“It must help fix the country’s productivity problems and remove the regional inequalities that have dogged our country for generations, having a positive impact on living standards, wages and the future opportunities of many people,” she said.

Business will get a chance to consult on the industrial strategy proposals. The Institute of Directors said the strategy must concentrate on skills and infrastructure, not cash injections.

“It is painful to watch established businesses fail, but the government should be very sceptical of its power to keep struggling companies going through cash payments,” said James Sproule, director of policy at the IoD.

“Instead, the focus should be on re-training anyone who becomes unemployed, so that communities can adapt to changes in the economy.”

But Labour’s shadow business secretary Clive Lewis questioned how much money the government was investing in the strategy.

“This belated attempt to develop a proper industrial strategy is a step in the right direction, but once again what the Tories are offering looks like too little too late,” he said.

“We await further detail, but what’s been announced so far will fall far short of getting us back to where we were in 2010, let alone equip our economy for the challenges of the 21st Century.”

The government has stated its aim of reducing the UK economy’s reliance on the services sector, especially financial services, over the past few years, leading to former Chancellor George Osborne’s plans to create a Northern Powerhouse.

The challenge has come into greater focus as the UK faces negotiating a new economic relationship with the European Union.

Mrs May will also announce a further £556m investment in the Northern Powerhouse.

The investment will include money for the Goole Intermodal Terminal, linking rail, sea and road, a conference centre in Blackpool, and a new innovation fund for businesses in Manchester and Cheshire.

Mrs May told BBC One’s Andrew Marr Show on Sunday the new approach would include an overhaul of science and maths education.

“It’s about forging and shaping the new future,” she said.

Mrs May said the UK could do more to expand science and innovation, and she cited advances in battery technology as one area for growth. “Battery technology – we are leading the way on that already,” she said.