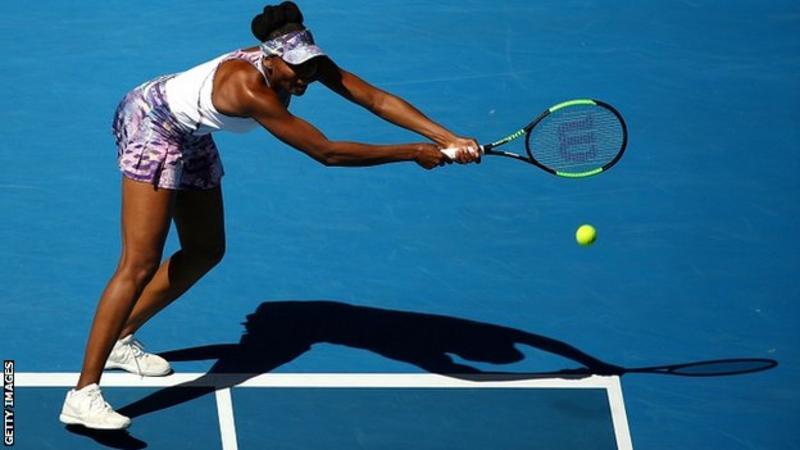 Venus Williams reached the Australian Open semi-finals for the first time in 14 years with a straight-set win over Russia’s Anastasia Pavlyuchenkova.

The 36-year-old American has never won the title, her best effort a runner-up finish to sister Serena in 2003.

Vandeweghe, 25, followed up her win over world number one and defending champion Angelique Kerber with a crushing defeat of French Open champion Muguruza.

“I really wasn’t feeling all that great out there, I was feeling kind of nervous,” said Vandeweghe.

“I just tried to play my best, stay within myself, keep my patterns. I fought through a few break points on her serve, kept on the pressure in the first set and then she finally cracked.

“Once I got rolling in the second it was like a freight train. You couldn’t stop it.”

Williams dropped serve four times against Pavlyuchenkova but was much the stronger in the decisive moments, becoming the oldest woman to reach a Grand Slam semi-final since Martina Navratilova at Wimbledon in 1994.

“I’m so excited, today was such a hard-fought match. She never let up,” said the seven-time Grand Slam champion.

“It’s wonderful to be here at the start of the year, I want to go further. I’m not happy with this.”